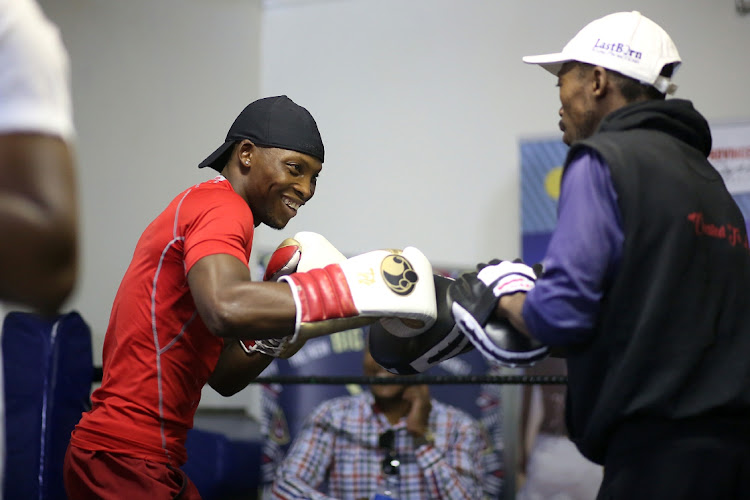 The nickname “Special One” was given to Portuguese football manager José Mourinho. That is because he is widely considered to be one of the greatest managers of all time, and is one of the most decorated managers.

Nontshinga is a 22-year-old boxing rookie who has gradually made an impact on the fight game, where he remains undefeated after nine fights. He fought his first professional bout on July 30 2017 and won the ABU junior-flyweight belt the following year. Nontshinga added the IBF International title to his collection in 2019. His second successful defence was in March last year.

All his opponents have failed to hear the bell going for the last round – they were knocked clean out. These attributes make him one of a kind.

Tete – who has held the IBF junior-bantam and WBO bantamweight belts – ran out of superlatives in describing what he saw last week when he visited Nontshinga in training for the IBF elimination fight against Christian Aranetta of the Philippines. The fight will take place at Boardwalk Casino in Gqeberha on April 24.

“Magic,” he said, “I mean superb. He is ready not only for Aranetta but any other boxer internationally. His camp has done great work.”

Tete was later approached to assist.

“It was just to tighten some screws. Like I said, from my observation, his team has closed all the gaps.”

Tete’s involvement comes in handy because he is a left-hander like Aranetta.

“Nontshinga wants to be a world champion. That is what drives him and he shows that by what he does in the gym. He does not get pushed to work, he’s driven by hunger. I am not saying all these wonderful things because I am helping somehow. I mean, I saw his determination even before I was approached to assist. He’s special.”

Nontshinga is rated No 3, a spot above Aranetta, for the IBF junior-flyweight belt that is held by Felix Alvarado from Nicaragua. The winner between Tete and Aranetta will earn the right to face Alvarado.

Tete moves up to fabled division

Zolani “Last Born” Tete and Gideon “Hard Core” Buthelezi are itching to meet inside the boxing ring, only if they are richly rewarded, the two boxers ...
Sport
7 months ago

'I am because he was, that man made me'
Sport
3 months ago
Next Article