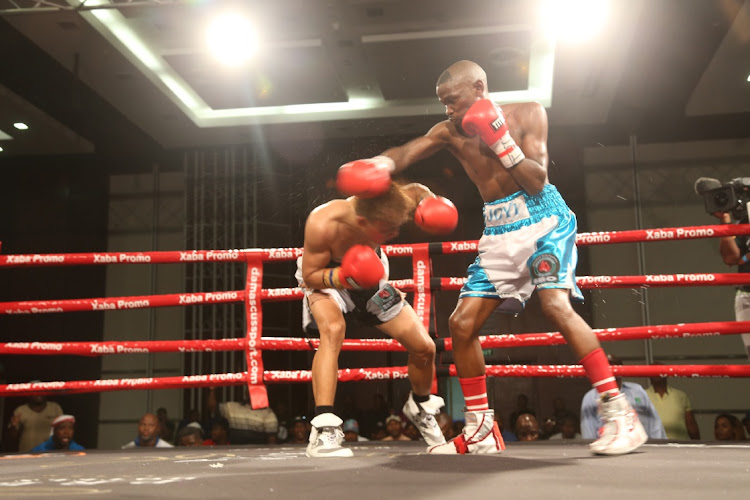 Rumble Africa Promotions (RAP) CEO Nomfesane Nyatela has expressed empathy for rival promoter Ayanda Matiti, who has come under fire from some fight fans for the purse money he is said to be paying Nkosinathi Joyi for the defence of his IBO mini-flyweight boxing title. The fight against Ayanda Ndulani takes place at Gqeberha's ICC Hall on April 30.

To make matters worse, all the people involved in that tournament must still go into quarantine as part of Covid-19 health protocols, which carries further costs.

Pressed for comment, Matiti said: “The figure is incorrect, for starters. What is best here for Joyi – lose the title in the boardroom or defend it and retain it to create more opportunities to defend? I can no longer do what I used to do – take my family's money and augment boxing. No!”

Matiti added: “Look, Nhlanhla Tyirha was approved for the WBC Silver junior-flyweight title against Joey Canoy of the Philippines but I had to get him [Tyirha] an opportunity from another credible body because of the sanctioning fee.”

Tyirha and Canoy will now fight for the vacant WBO Continental title.

Nyatela said: “I understand where Matiti is coming from. We are also feeling the same pain of having to pay sanctioning fees of the IBF and WBO, which will be fought for in our tournament on April 14.

"The problem is that boxers and their management don’t know how much we pay for sanctioning fees; they just want to fight for big purses. If it’s an international title fight, you don’t use local officials but those from outside the country and you end up spending half a million just for one bout.

“The whole thing makes us promoters look like we don’t want to pay boxers decent purses. Remember that there is [the] bio-bubble these days. It is really not easy for promoters to stage these big fights.

"It was difficult  even before Covid-19. If a manager does not accept what we are offering them, then they must wait until we recover as a country from Covid-19. Remember, boxing has always been that unlucky sport that does not get financial backing and also there is no live coverage of fights on television.”

RAP was forced to call off the WBC Silver featherweight title fight that was part of their bill in  Gqeberha on April 24.

Nyatela explained that the R300,000 sanctioning fee demanded by the Mexico-based sanctioning body was too much.

Dlamini will now welcome Hassan Milanzi from Zimbabwe in a non-title 10-rounder.

Sean Smith did not mince his words yesterday, reacting to the proposed showdown between SA and ABU welterweight champion Thulani “Evolution” Mbenge ...
Sport
3 weeks ago

The match-up between Jackson Chauke and Luyanda Ntwanambi – scheduled for April 24 – has become so educational that even experts have not been able ...
Sport
3 weeks ago

Internationally respected boxing referee Deon Dwarte has once again been recognised by the IBF to handle the junior flyweight elimination fight ...
Sport
3 weeks ago
Next Article