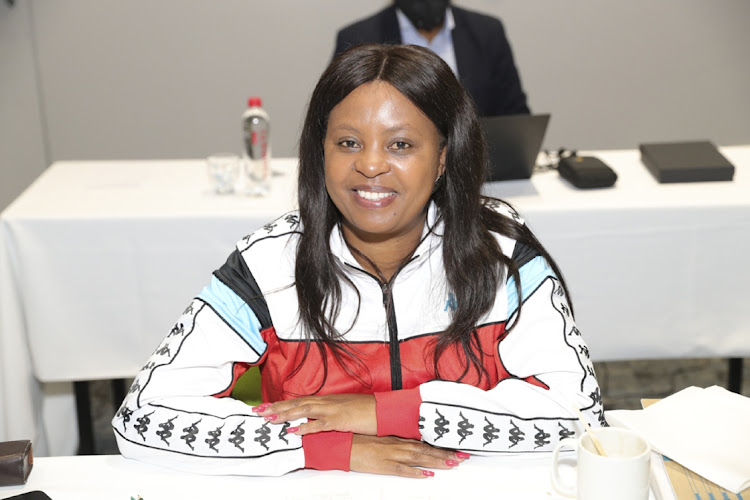 Zandile Kabini, chairperson of Women in Boxing Committee, and also a board member of Boxing SA says there is a light at end of the tunnel on women boxing.
Image: Nick Lourens

Women have participated in boxing for as long as the sport has existed in SA yet female fights have almost been effectively outlawed.

Muditambi Ravele – the first female chair of the board on Boxing SA since its inception in 2001 – launched the women in boxing programme as part of the 16 Days of Activism for No Violence Against Women and Children campaign.

In December 2016, Ravele invited female promoters to bid to host tournaments that would include at least one national championship, one provincial title fight and development fights.

It worked wonders until Ravele's term of office ended in 2017.

Chair of the women in boxing committee, Zandile Kabini, who is also a BSA board member, says it has taken years to fight this injustice but they are seeing the light at the end of the tunnel.

She said the sports ministry has responded positively to their list of proposals to heal the ailing side of boxing. Kabini said it became apparent that the fight for female boxing needed more attention and involvement by various stakeholders and that BSA’s support was limited.

She said among the challenges of the women in boxing programme was insufficient funding, sponsorship and other resources to deliver on its planned activities.

“The committee, from the outcome of the meeting we held last year, resolved to prioritise revenue generation initiatives, and this includes approaching various possible sponsors and partners that could assist in the implementation of women in boxing initiatives,” said Kabini yesterday.

“In addition, the committee requested specific intervention from the minister of sport, arts and culture Nathi Mthethwa by means of a proposal to the provincial departments to make it a qualifying criterion on the government-sponsored tournaments to include at least two female bouts, particularly four- and six-round bouts, and also that each province allocates an annual minimum amount towards the development of females in boxing.

“This can be in the form of a tournament, training and development or reward, and recognition of women in boxing. These proposals have been formally endorsed by the minister of sport and which the women in boxing committee is really ecstatic about, and that its realisation will not only be making an impact on the lives of women in boxing but also inspiring a million other girls who will in turn inspire the next generation of female boxers.”

The contentious three-fight rule that has almost torn the boxing fraternity apart has been officially removed from the regulations, Boxing SA acting ...
Sport
1 year ago

Women's boxing continues to struggle to gain prominence in SA and promoter Mbali Zantsi is hopeful that the sport will be given the respect it ...
Sport
1 year ago

Saturday marked the start of the proposed collaborations set out in January by the Gauteng Boxing Promoters Association (GBPA) at a bosberaad by the ...
Sport
1 year ago
Next Article