The 22-year-old is still a greenhorn 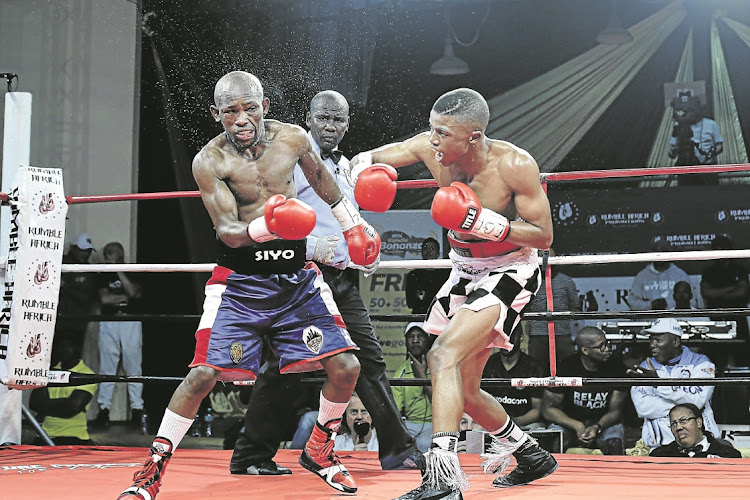 Never mind what people say, the truth though is that Sivenathi Nontshinga is being rushed into big platforms when the 22-year-old is still a greenhorn.

With a bright future ahead of him, Nontshinga will welcome Christaian Araneta in an official IBF elimination fight at Boardwalk Casino in Port Elizabeth on April 24. Nontshinga is rated No 2, while the 29-year-old Filipino has 19 wins against a loss. This fight – the biggest for Nontshinga to date – will headline Rumble African Promotion’s (RAP) card.

The question asked is what happens if Araneta does what Russian Shavkadtzhon Rakhimov did to Azinga “Golden Boy” Fuzile in their IBF junior lightweight elimination bout in 2019 when Rakhimov knocked out Fuzile in the eighth round. That loss, Fuzile’s first against 15 straight wins, affected him badly as it played into his mind.

Allegations of heavy drinking by Fuzile, which he denied, followed soon thereafter. Fuzile has not donned boxing gloves competitively since.

RAP seems to be playing to the gallery when it should be focusing in the development of young talent it has in its stable. Nontshinga is still in the development stage of his career and he has not fought anybody of note as yet. In the event he wins, the natural question is, will he be ready to mix it with IBF champ Felix Alvarado – the 32-year-old Nicaraguan  who dropped, battered and stopped Deejay Kriel in January?

RAP CEO Nomfesane Nyatela reacted: “Nontshinga and Azinga are two different people. Sive is going to win his fight – just like my son Luyanda Ntwanambi who will win against Jackson Chauke.”

Ntwanambi is another 22-year-old prospect with a bright future ahead of him. But he too, is being over-matched against Chauke – the tough and hard-hitting ring veteran – who has been around since 2008.

The 35-year-old former 2008 Beijing Olympian who now holds the SA and WBC silver flyweight belts is maturing like a fine wine. He has chalked up eight knockouts in nine straight wins since losing to Lwandile Sityatha in 2013. Chauke boasts 14 KOs in 19 wins. Ntwanambi is undefeated in eight fights with a single draw.

If boxing champions are like volcanos that erupt every so often then there is no doubt that Sivenathi Nontshinga is that champion.
Sport
1 year ago
Next Article