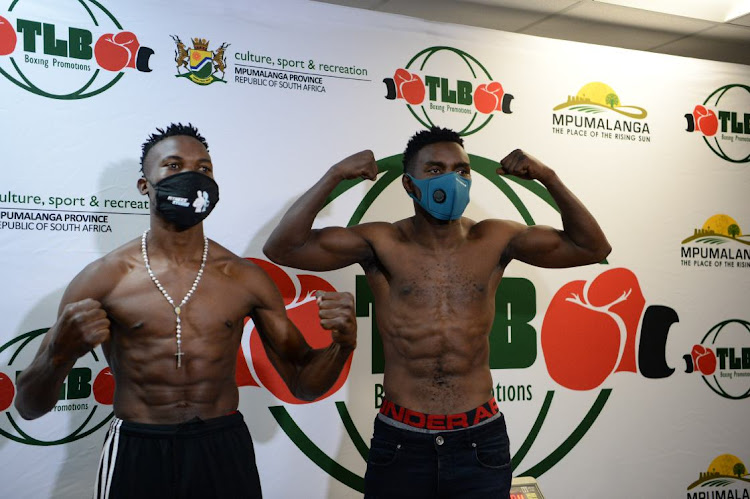 Bayson Gwayani from Malawi could rue signing on the dotted line to face Xolisani “Nomeva” Ndongeni whose pride is still wounded after he was knocked out in his previous fight in October.

Ndongeni, Johannesburg-based boxer from Duncan Village, was stopped in the sixth round by Prince Dlomo. Pundits believe the loss was caused by overconfidence.

But he has assessed the situation, owned up to it and is now reinventing himself by re-joining his old trainer Mzamo “Chief” Njekanye after parting ways with Sean Smith.

Of Njekanye, Ndongeni said: “No boxer, I don’t care how talented they are, will beat me with Chief in my corner. This is the man who made Nomeva what he was and what he still is. Chief knows which buttons to press to get the best out of me. We watched Gwayani’s fight on YouTube and he did not give me sleepless nights at all. He likes to come forward all the time; we are going to take care of the business”

Njekanye will be barking instructions in Ndongeni’s corner tomorrow in the main supporting bout of TLB Boxing Promotions tournament at Graceland Casino, Secunda in Mpumalanga.

Njekanye converted Ndongeni, an aspirant rugby player, into a boxer. Together they chalked up 17 straight wins and that includes capturing the SA title in two weight divisions and winning a number of international belts.

Ndongeni then joined Colin Nathan who helped him win the IBO belt. He bolted stable again, this time to team up with Smith who helped Ndongeni win the WBF belt. Smith was also in the corner when Ndongeni tasted defeat to American Devin Haney in the US in January 2019.

Gwayani is a capable lanky boxer who has fought in SA twice already, against Jabulani Makhense and Clement Kamanga.

Topping the card will be ring veteran Hekkie “Hexecutioner” Budler against relatively inexperienced Hamidu Kwata from Tanzania over 10 rounds. The 21-year-old Kwata has 10 wins, four losses and two draws.

Budler has not fought since 2018 when he lost his WBA Super belt by a 10th round stoppage to Hiroto Kyoguchi in Macau, China.

Sam Sethole and Xolani Mgidi will be involved in the battle for the provincial supremacy in the lightweight, in a Mpumalanga title bout over 10 rounds.

In another bout, Arnel Lubisi takes on Sikelela Jama in the bantamweight class over four rounds.

In the women's action, Noxolo Makhanavu’s SA flyweight title will be on line against Smangele “Smash” Hadebe also over 10 rounds. Action begins at 2pm.

Boxing is a very funny sport. One moment you are up and the whole world is raving about you, the next you are down and nobody remembers you.
Sport
1 month ago

Women's boxing continues to struggle to gain prominence in SA and promoter Mbali Zantsi is hopeful that the sport will be given the respect it ...
Sport
1 month ago
Next Article