Forgotten champ to feature in 'Return of Big Guns' 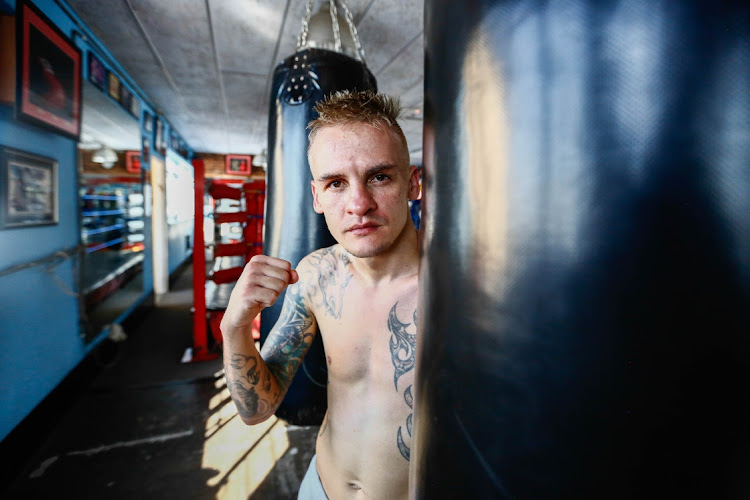 Boxing is a very funny sport. One moment you are up and the whole world is raving about you, the next you are down and nobody remembers you.

Hekkie “Hexecutioner” Budler probably finds himself in this situation. He was on everyone’s lips when he reigned supreme as the WBA Super and IBF junior flyweight champion.

But when Budler lost the WBA Super belt to Hiroto Kyoguchi in December 2018, all the praises ended immediately as if the whirlwind performer who used to dye his hair in rainbow colours had not existed in the boxing space.

Kyoguchi retained his title on Saturday last week with a fourth-round stoppage of Axel Aragon in Las Vegas.

Budler admitted last week that it’s been hard not to fight and earn money. What has made his situation worse is that Budler does not have a promoter. He has been with Golden Gloves from the beginning of his illustrious career until 2017.

Joyce Kungwane has come to Budler’s aid, avoiding the possible loss of his no. 3 rating by the WBC due to inactivity.

She has matched him with Muhsin Kizota from Tanzania. Their 10-rounder will headline Kungwane’s international tournament at Graceland Casino, Secunda in Mpumalanga, on Saturday.

“This is a great opportunity and I ‘m grateful to TLB Promotion for giving me this opportunity,” said Budler.

Kungwane said: “It’s so sad that after boxers have lost they get thrown into the dustbin and for us nobody belongs in a dustbin. If we get an opportunity we want to take them out of the dustbin and make them shine again.”

Also making a ring return will be Noxolo Makhanavu – the reigning SA flyweight champion – whose belt will be on line against 2019 BSA female prospect of the year Smangele “Smash” Hadebe.

Makhanavu last fought in 2017 when she retained her title with a short-route win over Portia Base in Mdantsane, Eastern Cape.

Kungwane has aptly dubbed her tournament “The return of big Guns”. The venue she has chosen has not hosted professional boxing since 2015 when  Gabisile “Simply the Best” Tshabalala won the WBF junior featherweight title after defeating Unathi “Showtime” Myekeni on points over 10 rounds on August 28 of that year.

Veteran boxing promoter Rodney Berman and former referee Stan Christodoulou have joined millions of fans from around the world in mourning the death ...
Sport
1 month ago