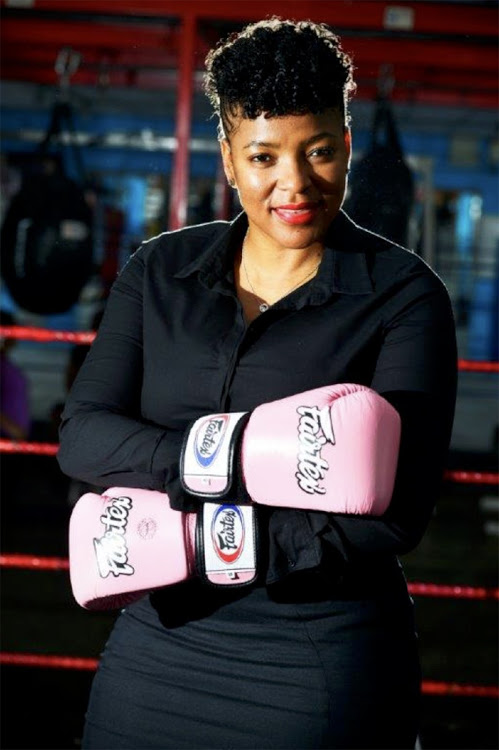 Multiple award winning boxing promoter Mbali Zantsi is on a mission to make women's boxing fashionable and full of same opportunties as men get.
Image: The Dispatch

Women's boxing continues to struggle to gain prominence in SA and promoter Mbali Zantsi is hopeful that the sport will be given the respect it deserves one day.

Zantsi watched netball also struggle in the initial years but after the sport eventually took off in SA‚ the promoter sat up and took notes.

She has challenged Boxing South Africa (BSA) to follow netball's lead and use its blueprint to advance women's boxing in the country.

‘If Netball South Africa could do it‚ then the fight fraternity can also do it‚" she said.

“We have to be intentional and deliberate when dealing with the promotion of women's boxing‚” Zantsi said.

She said women's boxing in this country faces an uphill battle and understanding the impact the sport has on people‚ acknowledging the challenges the boxers face and using particular female pugilists as the cornerstone to rehabilitating the sport would be a good place to start.

She said space must be created for rising talent and promoters‚ and they must be given space to understand their roles.

"This is important‚ given that promoters themselves have to deal with reputational issues‚” she said.

“However‚ it doesn’t mean we must have a cocktail of promoters. That will kill competition among promoters and end up promoting mediocrity."

This would lead to laziness and create little room for innovation and upscaling.

“Again‚ the need to position and commercialize boxing‚ or rather the business of boxing promotion‚ becomes very critical.

"Imagine if one has to share his or her intellectual property in order to benefit people who may have no clue of your vision‚ mission or passion.”

Zantsi who was introduced to the fight game by successful promoter Mzimasi Mnguni‚ who died last month.

Her Showtime Boxing Promotion organised the maiden Women Only professional boxing tournament in Durban in 2007.

The Boxing Act 0f 2001 allowed women to box professionally for the first time in 2006.

Muditambi Ravele was one of the administrators who had questioned the previous Boxing Act of 1954 which prohibited women from participating in boxing.

Ravele would later be appointed as BSA chairperson and her team did wonders in making sure that women boxers also received attention‚ publicity and opportunities to fight for high profiled fights.

The Port Elizabeth-born Zantsi made it clear last year that she was not going to risk anyone’s life by staging a tournament when Covid-19 was still at its height.

The promoter with confidence and a forceful personality says she is back and something is in the offing this year.