Fight could get Ludumo on track 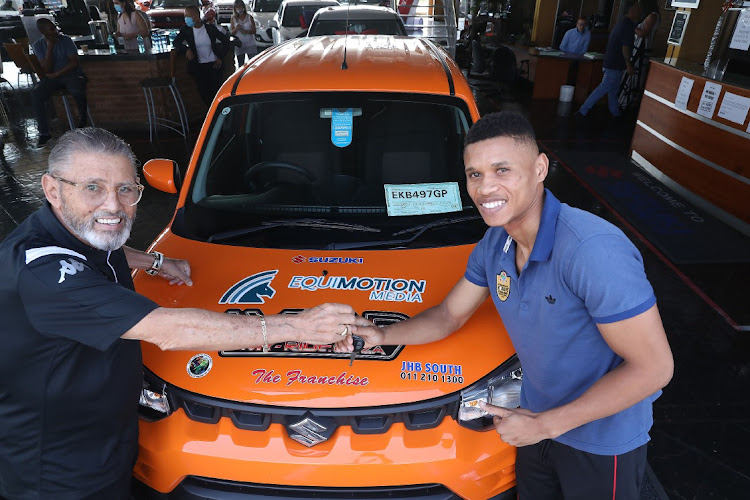 The new management of Ludumo “9mm” Lamati — the exceptionally talented boxer whose potential has been hindered by lack of action — has taken gigantic steps towards reigniting his career.

His trainer Phumzile Matyhila, manager Brian Mitchell and promoter Rodney Berman are boosting his profile with an eight-rounder on Sunday afternoon at the Theatre of Marcellus inside Emperors Palace. That is where most eyes in local boxing will be fixed firmly because of the interest in the shoot-out between Rowan Campbell and Ryno Liebenberg.

Lamati has sensationally picked up the national and two regional junior-featherweight titles. Instead of stepping up to fight for more prestigious titles, Lamati was matched for the marginal IBF Intercontinental title, which he won in 2019. He has not donned boxing gloves competitively since that short-route win that was his 10th knockout in 16 wins.

Matyhila — who has just become the boxer’s head trainer — roped in Mitchell as the boxer’s manager in January.

Lamati will welcome Said Mohamed Hassan in the eight-rounder that Matyhila said it is  must-win fight for them because Berman has dangled a carrot in front of him — a crack at the IBO title in June. Lamati already boasts a sixth-round stoppage win over the Tanzanian.

Mitchell and successful businessman Larry Weinstein pepped up the boxer by organising a sponsored car for him. Speaking during the presentation of the vehicle to the boxer this week, Mitchell said: “It is a safe to say Ludumo is at the beginning of the glory years. I hope  this will motivate him to get back on track and fulfil his dream of becoming a world champion. I will help guide him towards achieving that.”

Soft-spoken Matyhila said: “His career is taking shape now and I am confident of victory on Sunday.”

Lamati said he needed to guard against complacency because Said has nothing to lose in their second fight. He paid tribute to Matyhila for suggesting that he joined Mitchell who made it possible to get his new set of wheels. “I am tired of talking; I want to fight and win, and focus on my IBO title fight in June.”

Mitchell’s other charge Ricardo Malajika will take on Sabelo Ngebinyana in another eight-rounder on Sunday. Action will begin at 3pm.

Battle-marked veteran boxer Koos “The Last Great Warrior” Sibiya says it is not over until it's over.
Sport
1 year ago

Tony Nyangiwe still remains humble despite having been around for more than two decades as a boxing official.
Sport
1 year ago
Next Article