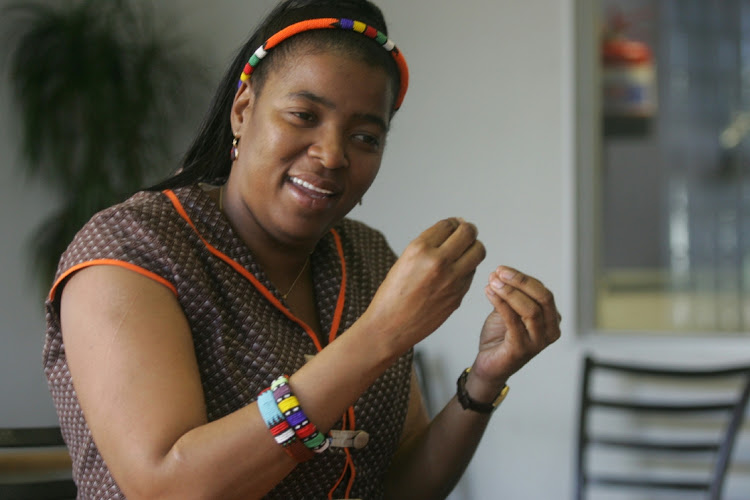 Zantsi, whose dreams know no boundaries, is credited for hosting the first professional women-only tournament in August 2007 in Durban. It coincided with the Women’s Month celebrations.

Noni Tenge, Unathi Myekeni, Dorothy Cloete and Sandra Almeida made their pro debuts against Brazilian fighters on the day, and the tournament was hailed as a step in the right direction for women's boxing in SA.

When Zantsi indicated her feelings on women boxing, she was actually responding to the question about the possibility of SA producing the likes of Claressa Shields, the American who has held the WBA, WBC and IBF belts in three weight divisions in only 11 pro fights. The 25-year-old, however, had had a long amateur career which included gold medals in two Olympic Games – 2012 London and 2016 Rio de Janeiro.

“We had Leighandre Jegels who I believe would have gone on to do wonders for women before someone just decided to kill her,” Zantsi said as she sadly recalled the incident in August 2019 when Jegels of East London, Eastern Cape, was shot dead by her police officer boyfriend.

The SA junior bantamweight champion  had been undefeated in nine fights.

“Lack of opportunities for women boxers here is similar to the hard lockdown that brought the whole world to a standstill. Women boxing has literally come to a standstill. That is why you just can’t compare our girls to the likes of Claressa," said Zantsi.

Shields is one of only eight boxers in history – male or female – to hold the world titles of four major sanctioning bodies at the same time. The others are Bernard Hopkins, Jermaine Taylor, Cecilia Braekhus, Terence Crawford, Oleksandr Usyk, Kaite Taylor and Jessica McCaskills.

“What saddens me the most is that even female boxing promoters here are not prepared to promote girls,” said Zantsi.

'I am because he was, that man made me'
Sport
11 months ago

Patriarchy must be fought against in every sphere of life, and boxing is one of the many institutions that must reform. .
Sport
1 year ago

Internationally renowned female promoter Mbali "Don Queen" Zantsi has vehemently ruled out even the slightest chance of seeing her Showtime Boxing ...
Sport
1 year ago
Next Article