Tete moves up to fabled division 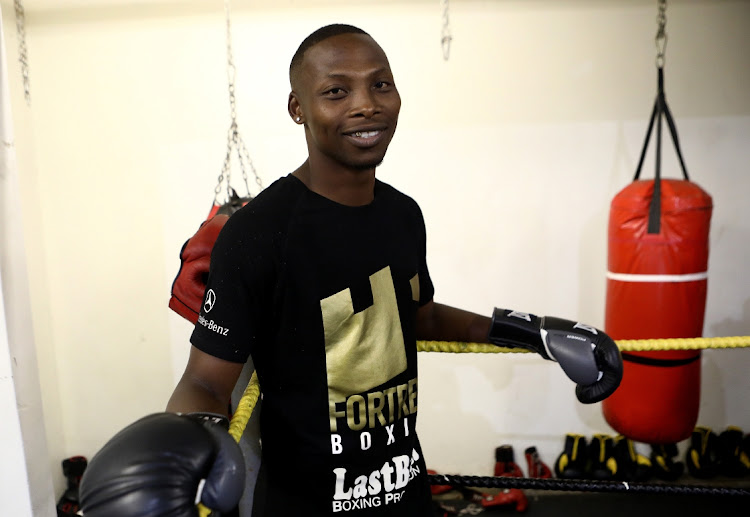 Thengimfene told Sowetan yesterday that the hard-hitter from Mdantsane in the Eastern Cape is moving up to the junior featherweight class. Tete once held the IBF junior bantamweight and WBO bantamweight belts. Before then he had also held the WBF flyweight title.

The junior featherweight class holds a lot of promise for an exciting future for Tete after his Mdantsane homeboys Welcome “The Hawk” Ncita and Vuiyani ”The Beats“ Bungu once ruled the division with iron fists as IBF champions.

“One of the reasons for me to influence Zolani to move up the weight is that he is turning 33 this year and he has not fought for almost 18 months,” Themgimfene said.

In his last fight, in 2019, Tete lost the WBO belt to John Riel Casimero in Birmingham,UK.

“I would have loved him to go straight to featherweight division. I am concerned about his age. I don’t want him to be bothered by cutting weight at 33,” said Thengimfene.

“With age a lot of things deteriorate and that includes your hand speed and reacting to situations. I spoke to Frank [Warren] about everything and he gave us his blessings. Actually Zolani will be back in action in April in the UK."

But Thengimfene also warned that Tete will have to move up a division again.

“Even at junior featherweight, we won’t stay there for long. I first want to build him there, win a world title and later move up to the featherweight division.”

In the twilight years of his career, Bungu also moved up and won the IBO featherweight belt.

“Many local boxers want to remain in one division forever even when they are getting older and that is not healthy.”

But one SA boxer who has proven successful in one division is Moruti Mthalane, a flyweight campaigner for 21 years since the beginning of his pro career on December 10 2000. But it's all under difficult conditions for the now 38-year-old Mthalane. He severely dehydrates his body to make the required limit for an upcoming fight and that practice is potentially life-threatening. By sweating so profusely, he loses the salts blood circulation needs for the smooth running of the heart.

World Boxing News reported in 2018 that when the body gets profusely dehydrated, one loses electrolytes, the minerals which spark cell function throughout the body.

Zolani “Last Born” Tete and Gideon “Hard Core” Buthelezi are itching to meet inside the boxing ring, only if they are richly rewarded, the two boxers ...
Sport
5 months ago

Tete puts his money on Inoue

Once he lands, Moloney will crumble, SA champ says of looming showdown.
Sport
5 months ago
Next Article