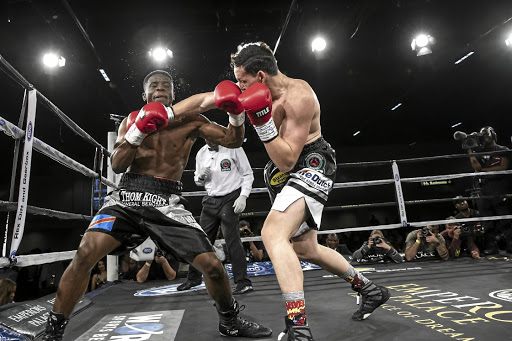 Ryno “Lion” Liebenberg should not have made it public that his fight on March 13 at Emperors Palace could be his swansong because it will be an unpleasant one for the 37-year-old former SA, Africa and international boxing champion whose skills have deteriorated due to age and damage from a career that spans 11 years.

This is according to Liebenberg’s dance partner Rowan Campbell – the 26-year-old up-and-coming prospect who did not mince his words yesterday when he promised to make Liebenberg look stupid. Their 10-rounder will be contested in the super middleweight division where Campbell rules with an iron fist as both the SA and IBO All African champion.

Liebenberg said he was at the end of his career and actually the upcoming fight could be his last. But he made the same announcement in 2019 prior to his grudge fight with then WBC International light heavyweight champion Nick Hannig in Germany. He said defeat would mean one fight here at home probably against the winner between Campbell and Nickolas Radley. For the record, Campbell knocked out Radley in four rounds to win the national title.

Liebenberg, who lost to Hannig, was back in the ring on March 15 against Congolese Alex Kabangu in an eight-rounder that Liebenberg won on points. That was his 20th win against seven losses. Campbell  is steadily making inroads since turning pro in 2016 and the fearless youngster – who is nicknamed “Braveheart” – said: “I am going to make him look stupid – outbox, outclass and outmatch him.”

Campbell boasts eight knockouts in 12 victories and that includes his seventh-round stoppage of feared knockout artist Patrick Mukala of Congo, who has left 10 of his 11 victims counting the stars. Kamanga had dropped a points loss over 10 rounds to Liebenberg before facing Campbell.

“I want to show Ryno that I am better than him,” promised Campbell. “I am feeling good and confident; my body is stronger, my boxing knowledge, skills are growing.” He is trained by former heavyweight pro fighter Peter Smith.

`Ryno has taken one too many punches, and taking too much punishment affects your brains. That makes you stupid. He’s been hit too much because he knows only to attack,” Campbell said.

Meanwhile, Andre de Vries has been retained as chairperson of Boxing SA’s ratings committee. De Vries, a journalist who has served the fistic sport in various capacities, including live commentary for the SABC, is a boxing historian.

De Vries will be assisted by Thabo Tutu and Mesuli Zifo. The board further appointed its executive member, Sakhiwo Sodo, as chairperson of the sanctioning committee. He will be assisted by Mandla Ntlanganiso, Irvin Buhlalu (ex-pro boxer) and yours truly.

The BSA board also appointed members to serve in the disciplinary committee, arbitration committee and medical advisory committee.