Roarke refused to get caught Knapping after loss to Thysse 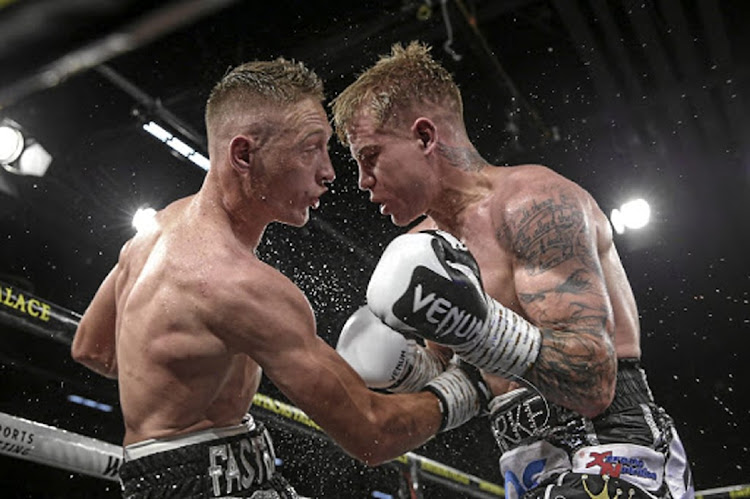 Winning is the point of the contest in boxing matches and no fighter wants to give up his zero, but the darkness of defeat is not so much about what happened as it is about the inability to imagine what comes next.

Roarke “Razor” Knapp created as much excitement as any upcoming boxer and remained unbeaten after 11 fights since his first professional fight in 2016. He had six knockouts, which were quick and violent.

He tasted defeat against Brandon Thysse, who stopped him in seven rounds in 2019 but Knapp dusted himself off and bounced back with a devastating second-round knockout of Tristan Trutter in October last year. That victory motivated Knapp to go on and win the IBO Youth belt with a first-round knockout of national champion Simon Dladla in December.

The champion’s manager, Marco Luis, says strange as it may sound, the loss to Thysse was somehow good for Knapp because it made him hungrier and more determined than before.

“When a fighter loses a fight they have two options – either they come back with a vengeance or they crumble and disappear into the pool of average fighters. Roarke proved that the loss was not a true reflection of the talented boxer he is,” said Luis yesterday.

“Roarke came back after the defeat and [beat] two top guys, and he knocked both clean out. Look, I don’t want to sound as if I am making an excuse about his loss to Brandon but the truth is if I could, I would have pulled him out of that fight because he was not ready emotionally. He had so much negative things outside the ring and it affected his preparations.”

Luis said Knapp is learning the game. “He's only been inside the ring 17 times – four fights in the amateurs and 13 times in pro ranks. He has seven more years to mature and already he is ahead of most 22-year-old fighters in the country. The future is very bright for this kid,” he said in his parting shot.

Opportunities are opening up gradually for local boxers, especially those that are ranked higher by international bodies, to be involved in big ...
Sport
9 months ago

Boxing's hot prospect, 26-year-old Abdul-Aziz Kunert, whose life of gangsterism landed him in jail for murder in 2014, is reaching for the stars.
Sport
9 months ago

The boxing fraternity in Gauteng woke up to the sad news of the passing of Jacob “Baby Dush” Mazibuko.
Sport
9 months ago
Next Article