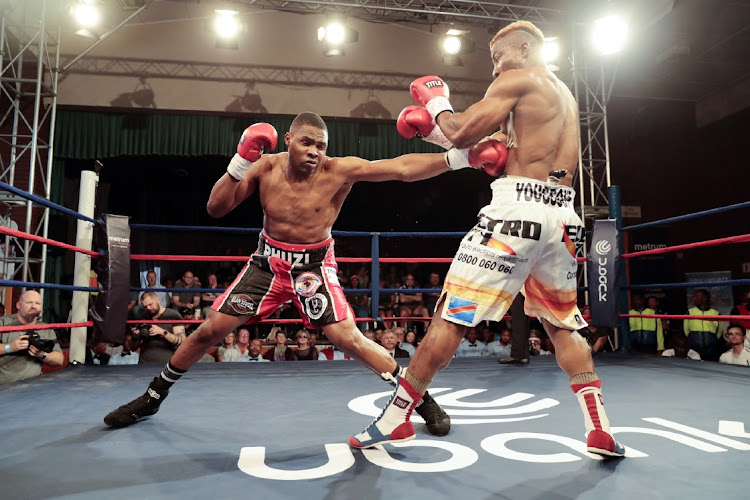 There is always a first time in every sphere of life – whether that is for better or worse. The first time came with sad news for hot boxing prospect Akani "Prime” Phuzi, who tasted defeat as a professional boxer in December.

Phuzi from Malamulele in Limpopo graduated from the amateur ranks in 2017 and joined top trainer Alan Toweel junior in Johannesburg. Their union quickly produced results, and Phuzi won the Gauteng cruiserweight title in his fourth fight. He added the WBA Pan African cruiserweight title in their sixth outing.

Muller has also been in the ring with big names, including former undisputed cruiserweight undefeated champion Oleksandr Usyk and WBC Silver holder Thabiso Mchunu. He improved to 22 wins, 14 KO, against nine losses and two draws.

Phuzi was bidding for the third defence since being at the helm from 2018. He has 11 wins and that single loss.

Toweel is disappointed about the loss but is certainly not disheartened because he anticipated a tough fight although he believed that Phuzi had a chance of winning the fight.

“This fight will give us the opportunity to learn from our mistakes and is part of our development,” he said. “Johnny walked Akani down; he had no fear of Akani and he used all his experience and outworked Akani. The first round knockdown of Akani sent him off his game plan and he could not adjust. It was a great learning fight for Akani, who will learn that if he wants to move to the next level he has to pick up his work rate. I am of the opinion that Akani will eventually fight for a world title. But, a big but,  he is still learning his trade and that will come with a lot of bumps along the way.”

Phuzi must dust himself up and start all over again. He still can at the age of 26.

Damien Durandt, the son of late successful trainer Nick “Mthakathi” Durandt, continues writing his own history as a boxing trainer.
Sport
1 year ago
Next Article