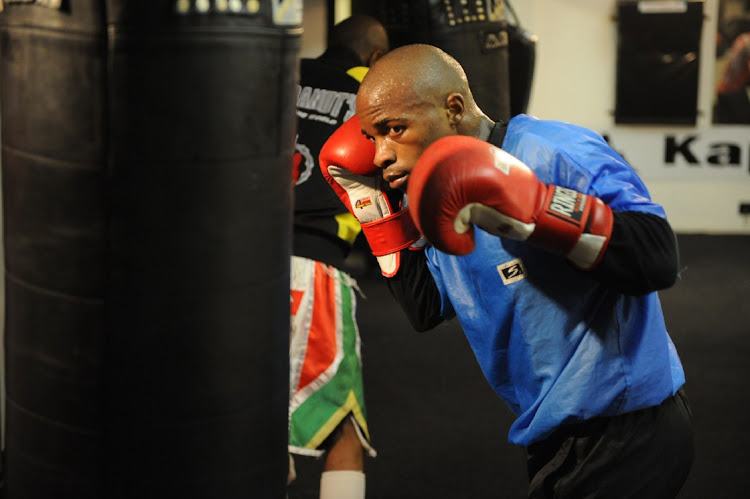 Nokwanda Mbatha failed to meet the basic requirements for a boxing tournament to take place, and Boxing SA had no option but to cancel her international tournament that was scheduled to take place in Durban on Sunday, the regulatory body announced yesterday.

IBF flyweight champion Moruti “Baby Face” Mthalane was set to put his title on the line against Jayson ‘Smasher” Mama from the Philippines – his first title defence at home. Nkululeko “Bull Dog” Mhlongo was bidding for the first defence of his WBA Pan African middleweight belt against Walter “Black Mamba” Dlamini in the main supporting bout of the Tono Promotions event.

Mama and his team arrived in SA on Thursday last week. There had been rumours that this tournament faced serious financial challenges. It was alleged that Mbatha – a newcomer in the promotion of boxing, especially in KwaZulu-Natal – was looking for an amount of money from the provincial department of sport that had never been given to any promoter before, including the province’s veteran promoter, Thulani Magudulela.

Attempts to solicit the truth from Mbatha were unsuccessful. She failed to return our calls despite promising to do so.

Boxing SA acting CEO Cindy Nkomo said the regulatory body did everything it possibly could to save the tournament.

“However, on Friday December 11 it became evident to the association that the promoter has failed to meet the basic requirements to enable BSA to sanction and give credibility to the event. The failure by the promoter to meet basic tournament requirements subsequently left BSA with no option but to cancel the tournament,” said Nkomo in a statement.

She said they afforded the promoter the opportunity to communicate the cancellation and manage the consequences, but she failed to do so.

BSA apologised to all stakeholders including the KwaZulu-Natal government, SuperSport, which was going to broadcast the event live, the public, sponsors as well as Mama and his team.

Strengthening a business image is one of the most valuable benefits of event sponsorship. Customers love brands that care about spreading positive ...
Sport
1 year ago

Another boxing tourney floored by coronavirus

Covid-19 forced the last-minute cancellation of TK Boxing Promotions tournament. It was scheduled to take place at Greenfield Stadium in ...
Sport
1 year ago

Promoter Lebo Mahoko is already contemplating staging the third and possibly the last boxing match-up between Matshidiso Mokebisi and Ndobayini ...
Sport
1 year ago
Next Article