Farah makes a return this Sunday 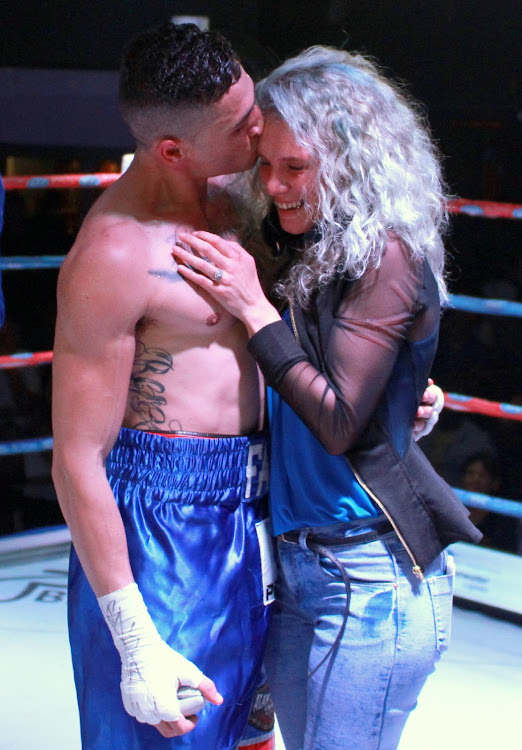 Mark "Tinkerbell” Farah returns to action on Sunday afternoon to try and redeem himself after being stopped within the scheduled eight rounds distance by Faustin Bukasa in Randburg in 2018.

Farah had always been with trainer and close relative Alan Toweel Junior, who manned his corner since 2017 when Farah fought his first professional fight on March that year. Farah – who tasted defeat after five wins and a draw – is now under trainer Vusi Mtolo.

Farah will exchange leather with Thulani Mdluli in a non-title fight at Greenfields Stadium in Randfontein. The main bout of the TSK Boxing Promotion card is a national junior welterweight championship between holder Xolani Mcotheli and Prince Dlomo.

Sinethemba Kotana and Mogale Molefe will oppose each other for the ABU SADC flyweight title. Farah is famous for going down on one knee and proposed to his girlfriend inside the boxing ring after he had just defeated Welcome Malubu over four rounds in Boksburg.

Before that, girlfriend Sharne Gerhardt, who was turning 27 on the day, had joined Farah in the ring to celebrate the victory with him. The romantic pugilist asked the crowd to join him as he sang a hearty Happy Birthday for her.

And as the beaming Gerhardt was about to leave the ring‚ Farah suddenly got down on one knee and asked her to marry him. Tears flowed as Gerhardt realised the enormity of what was happening. The crowd rose to give the couple a standing ovation.

Briton Nigel Benn became the first boxer to propose in the ring when he did it at the Telewest Arena‚ Newcastle‚ in the UK, in March 1996. That was after receiving a proper thumping from Thulani Malinga in front of 55,000 fans.

Benn did not let the defeat to Malinga stop him and with lips badly bruised‚ one eye closed completely and dethroned as the WBC super-middleweight champion‚ he asked his girlfriend to come up to the ring. She made her way to the ring and wiped the blood off his face. The Englishman‚ who was in tears‚ then went down on his knee and asked her to marry him. She started crying but finally accepted his proposal.