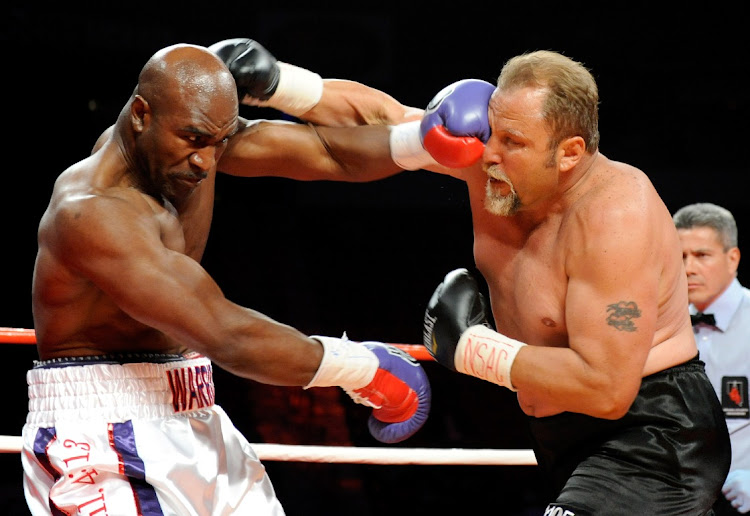 It’s been 25 years since SA produced its first IBF heavyweight champion, and that was when charismatic Francois “White Buffalo” Botha defeated Germany’s Axel Schultz for the vacant title.

The fight took place today – December 9 – in 1995 in Stuttgart. The country had previously witnessed Gerrie “Bionic Hand” Coetzee write local boxing history by becoming the first ever African to fight for and win a world heavyweight title – the WBA – when he knocked out American Michael Dokes in the 10th round in 1983. Coetzee also became the first Caucasian world heavyweight champion in 23 years.

So it took SA 12 years to have another world heavyweight champion. Botha actually became the second local fighter to win an IBF title – the first being Welcome “The Hawk” Ncita, who defeated Fabrice Benichou on points for the junior featherweight belt in Tel Aviv, Israel, on March 30 1990.

Botha’s success, however, was short-lived. He tested positive for steroids. Botha and his camp claimed that nandrolone found in his urine was prescribed by a doctor for his arm injury. The result of the fight was then changed to a "No Contest" and the IBF does not recognise Botha as a former champion.

What made matters worse was that Botha was not even suspended. In his next fight, 11 months later, Botha went straight into another IBF championship but was stopped in the 12th round by American Michael Moorer, whose reign ended the following year when he surrendered within the scheduled 12 rounds to Evander Holyfield.

Botha bounced back and chalked up straight wins, which led to him facing Mike Tyson in a fight Botha lost by a knockout in round five in 1999. The fearless local then challenged WBC, IBF and IBO titlist Lennox Lewis, who stopped him in the second round in 2000.

Botha came back home and fought at the Carousel Resort in Hammanskraal where he captured the WBF title after defeating Bob Mirovic on points. The writing was on the wall that the popular local hero had gone past his sell-by date. He hung in there and fought 11 more times and lost seven of those fights.

The two credible names he lost to were Holyfield and Michael Grant. Botha’s loss to Sonny Bill Williams – a rugby star from New Zealand – was a clear sign that Botha must pack it in. He retired in 2014 with 29 knockouts in 48 wins against 11 losses and three draws. One was with Shannon Briggs.

Botha confirmed in July that veteran American actor, singer and producer Jeff Bridges will portray him in a movie about his life.

Expectations are that Azinga Fuzile will make a ”golden” return to action next Sunday afternoon at Orient Theatre in East London.
Sport
1 year ago
Next Article