Boxing SA hopes Dwarte will be safe in Covid-wracked England 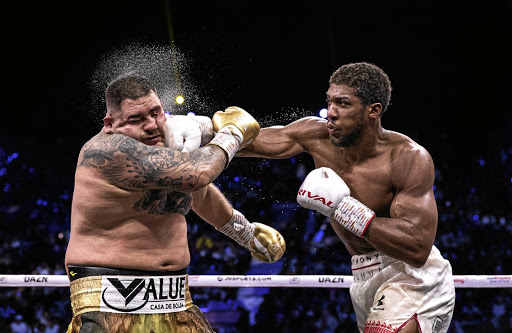 Doctor Peter Ngatane hopes that respected boxing ring official Deon Dwarte will be safe from Covid-19 in London where the rate of infections increased sharply in September and October and again in November.

It is reported that prevalence remains high in the community of England.

Dwarte, 51, from Cape Town, jetted to the country on Friday to be in time to enter the bio-bubble. He will be the referee when Britain’s unified heavyweight champion, Anthony ”AJ” Joshua, defends his WBA Super, IBF, WBO and IBO titles against Bulgarian Kubrat “The Cobra” Pulev at SSE Arena in Wembley on Saturday night.

The fight will take place in front of 1,000 fans. “Deon has always been appointed for big fights overseas. I hope his is safe in that country due to Covid-19. We wish him good luck as he continues to be an ambassador for the country,” said Ngatane, chairperson of Boxing SA.

A week later Dwarte will handle the IBF flyweight title fight on December 20 in Durban where reigning champion Moruti "Baby Face” Mthalane will bid for his fourth defence against Jayson “Smasher” Mama from the Philippines.

Mthalane reclaimed that belt in 2018 after vacating it in 2014. Mthalane and new trainer Colin Nathan have chalked up three defenses abroad, and it has taken female promoter Nokwanda Mbatha – a greenhorn in the promotion of boxing – to make it possible for Mthalane to fight at home.  The fight will take place at Durban’s ICC Hall.

Dwarte’s appointments are the fruit of hard work, dedication and honesty he has displayed in all the years he has served the fistic sport. He was voted Boxing SA ring official of the year in 2017. BSA announced last week that both the 2019 awards and the sparring  sessions – where amateur boxers graduate to the professional ranks – have been cancelled.

“BSA is well aware of the disappointment this decision brings as there has been much anticipation for this event – and one that would certainly have lifted our spirits after such a difficult year. Provincial Graduation Sparring Events Boxing SA, in consultation with the SANABO Interim Structure, has decided to suspend the 2021 provincial sparring sessions which would have taken place in February,” the regulatory body said in a statement.