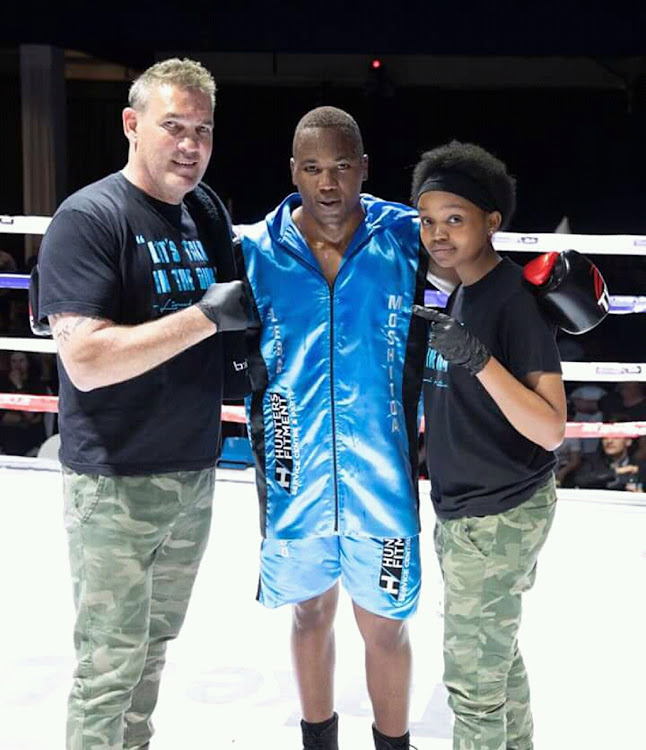 The SA boxing fraternity is mourning the death of trainer Lionel Hunter.

Hunter, 58, who had been unwell for quite some time following an operation last year, died yesterday.

Members of the Save Our Boxing forum poured their hearts out to the family of the deceased – a retired professional boxer who was in the middleweight and light heavyweight division from 1983 until 1986, chalking up 12 wins in 18 fights.

Andre Thysse, Gregory Clark, Sandile Xaka, Vusi Malinga, Dingaan Thobela and Loyiso Mtya are some of the many members of the forum, which aims to change the landscape of local boxing for the better, who wished Hunter’s wife – promoter Shereen Hunter – and her family strength during these trying times.

Collen MacAusland, who manages most of the fighters who are trained by Hunter, said: “This mighty warrior and general has obeyed and served his commander with excellence and shall not be forgotten. We not only admire but also strive to follow and live as bravely and courageously as our coach and brother during his life here on earth.”

Hunter’s friend and former dual world champion Brian Mitchell said the sport had lost a gentle giant. “He inspired many. His legacy will live on forever. My deepest condolences to his family, especially Shereen.”

New Boxing SA board must guard prestige of national title

The outgoing board of Boxing SA was unsuccessful in implementing all the plans it had during its three-year term of office but the seven-member team ...
Sport
1 year ago

The soft-spoken but straight-talking Hunter had shown tremendous recovery and had actually resumed training fighters with his assistant, 20-year-old Tamrin Raynor.

Hunter fell sick while they were in the bio-bubble at Emperors Palace two weeks ago. He left the bubble and was rushed to hospital where he was discharged after spending less than a week.

One of Hunter’s highlights was when he made it possible for Walter Dlamini to win the SA middleweight title after failing twice with other trainers. Dlamini had already been dismissed as "hopeless" at 38, but he won the title in style in 42 seconds, which remains the shortest title fight in the history of local boxing.

Boxing SA acting CEO Cindy Nkomo said: "Lionel was unassuming and a gentleman who cared deeply for his boxers, and this was evident in how he engaged and treated them even outside the ring. He's always been a pleasure to work with and he contributed immensely to the sport."