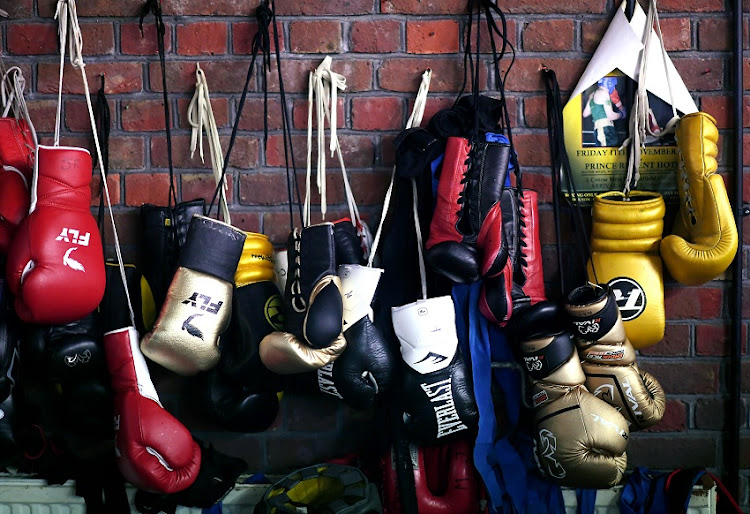 The moment the fight fraternity in SA had been waiting for finally came on Saturday night – thanks to Boxing SA’s operational plan that got the government to allow the return of competitive action behind closed doors.

Golden Gloves delivered an exciting five-bout card at an empty Theatre of Marcellus inside Emperors Palace. Compliance officer Jeff Ellis and Boxing SA’s acting provincial managers, Jaap van Niewenhuizen and Lehlohonolo Ramagole, made sure that all Covid-19 protocols were adhered to.

Sanitisers were available and SuperSport – which broadcast all bouts live – ensured that masks were freely available at ringside. Temperatures were checked at the door. Boxers, trainers and seconds, ring officials, the timekeeper, physicians and television crew all wore masks.

Boxers wore their masks until action began, while their cornermen kept theirs on until all boxing matches ended. The only people at ringside were provincial managers, physicians and one cameraman. The boxing ring and the ropes were sanitised and disinfected by a special team after each bout.

Everybody who will be involved in Golden Gloves boxing tournament, taking place on October 10 at Emperors Palace, has to enter into the  bio-bubble ...
Sport
1 year ago

It was the first professional boxing tournament to take place in SA since the lockdown was imposed in March. Boxing SA was represented by acting CEO Cindy Nkomo.

The only missing element was the fans whose noise serves as the tonic to motivate boxers.

It was so quiet you could hear a pin drop. The only noise was made by trainers in boxers' corners and SuperSport commentators. The new arrangement, which includes seven days of quarantine at a hotel or any venue where all involved in a tournament must be housed, is costly. Not every promoter will afford it.

Said Berman: “We are delighted to have presented a successful tournament to both our fighters and the fight public and all credit to the management at Emperors Palace, SuperSport, BSA, boxers, trainers, managers and Jeff [Ellis] for making sure they stick to required health guidelines. Hopefully this will continue going smoothly even with other tournaments to a point where we will be allowed to welcome fans.”

Action continues this weekend in Pimville, Soweto, where TLB promotion will stage its tournament that will be headlined by an ABU welterweight championship fight between Thulani “Evolution” Mbenge and Mardochee Kuvesa Katembo, while Xolisani “Nomeva” Ndongeni will make his debut in the junior-welterweight division against Prince Dlomo.