Simwaka thanks promoter for throwing her a lifeline 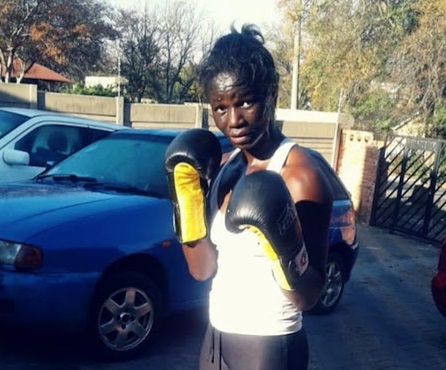 Ellen “Tigress” Simwaka has penned an emotional message directed to female boxing promoter Joyce Kungwane, who has featured her in TLB Promotion’s tournament in Pimville, Soweto, next weekend.

“Light other people’s candle while yours is still burning so that when yours is blown out by the wind, they will light yours,” she said. “I really appreciate what Joyce has done for me. I am  excited to get back in the ring. The purse money she is paying me will help me solve some of my problems.”

The single mother of a six-year-old daughter will earn decent money that will supplement what she gets from selling fat cakes to raise rent money for her compound in Edenvale.

The boxer, who is trained by Mimo Spirito, has not seen action since her failed attempt at the Commonwealth title in Aberdeen, Scotland, in  2018. Simwaka then hit an all-time low financially. It was even worse after the lockdown in March.

Simwaka was stuck at the compound and could not go back home to Malawi because of travel restrictions. She did not want to be a burden to Spirito, so she started selling fat cakes to raise rent money.

Kungwane’s sanctioned bout between Bonita van Jaarsveldt and Raider Muleba was called off. The promoter moved swiftly and matched Simwaka with Miller in what will be their second meeting. Their first fight in 2017 was declared a draw.

Simwaka has put her fat cake business on hold to focus on training. “Luckily I have always been training, so I will be ready to fight,” she said.

Miller, from Eldorado Park, is a forgotten SA champion who is trained in Soweto by Lucky Ramagole. The 2016 Female Prospect of the Year and 2018 Female Boxer of the Year has been idling without action since March last year.

Simwaka said she has always wanted to fight Miller again and set the record straight, feeling that she won their first fight. “I want to fight all the South African boxers that defeated me – Bukiwe Nonina and Sharadene Fortuin. I am not planning any stoppage against Melissa, I am preparing for the whole six rounds. But one thing is for sure, I am going to win the fight,” she said.

Much as this may sound like a cliche, the truth is that it will take a woman to fully understand and expediently resolve issues that affect other ...
Sport
1 year ago

The dream of conquering the world as a boxer is fizzling out for Ellen "Tigress" Simwaka, who left home in Malawi for greener pastures in South ...
Sport
1 year ago
Next Article