It could well be the case of once beaten, twice shy when Keaton takes on Mashitoa

Gomes under pressure to avenge defeat 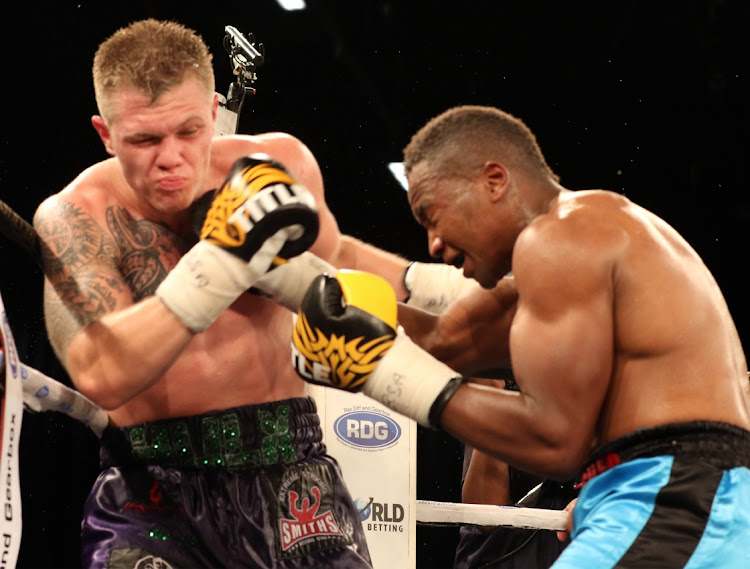 Will it be the case of once beaten, twice shy tomorrow night for Keaton Gomes, who will clash with Lebo Mashitoa in their eagerly awaited rematch which Keaton intends to use to avenge his only loss last year?

Mashitoa defeated Gomes over 10 rounds when they fought for the Gauteng cruiserweight boxing title last year. Gomes tasted defeat after six straight wins, while Mashitoa improved to seven wins against a loss.

These young prospects will put their lives, pride and dignity on line in a non-title 10 rounder in what promises to be a fiercely contested slugfest and that is based on strong words of confidence from their trainers. The boxing match between Gomes and Mashitoa forms part of the first tournament in the country since the lockdown in March.

It is just a pity that no title will be at stake this time around because neither boxer could be the same after Saturday night.

Peter Smith – who fought in the heavyweight division during his time – is now a top trainer whose achievements include turning Kevin Lerena to be one of top fighters globally in the cruiserweight division. Smith said Gomes was not in his usual self in the first fight against Mashitoa.

“We will be victorious this time and there is no doubt about it. I will actually be surprised if Lebo stands the full distance because Keaton is a dangerously devastating fighter,” he said.

“You will see the real Keaton who will be out to avenge his points loss in style – the same way we did with Kevin who had lost on points to Johnny Muller in their first fight. We knocked Johnny clean out in the second fight. Keaton will sort this thing out the proper way. There will be no need for judges.”

Lionel Hunter is the former junior middleweight and middleweight professional boxer  who is now responsible for the career of Mashitoa. Hunter helped ring veteran Walter Dlamini, 39, to win the SA title after several  attempts under other trainers.

The trainer warned: “I don’t call Lebo 'The Machine' just to scare off his opponents. That is who he is – something very special – his work ethics are second to none. I have to scream,  'stop'!  when he trains, otherwise he can go on and on. Don’t be surprised when he knocks Gomes out this time.”

Mashitoa and Gomes are rated No 3 and 4 in the local cruiserweight division, respectively. The national title is vacant.

The undercard bout looks good indeed, with Jabulani Makhense opposing Erik Kapia Mukadi for the vacant WBA Pan African welterweight title, while Roarke Knapp and Tristan Trutter will clash over 10 rounds. Boyd Allen will put another WBA "B" grade junior middleweight belt on line against Brandon Thysse in the main bout of the evening.

Roarke Knapp knows too well that victory against Tristan Trutter on Saturday night will turn his misfortune around for the better.
Sport
1 year ago

Clock ticks for first boxing action in SA since lockdown

Lehlohonolo Ramagole has described the bio-bubble at Emperors Palace as an appropriate session that will give boxers time to reflect without any ...
Sport
1 year ago
Next Article