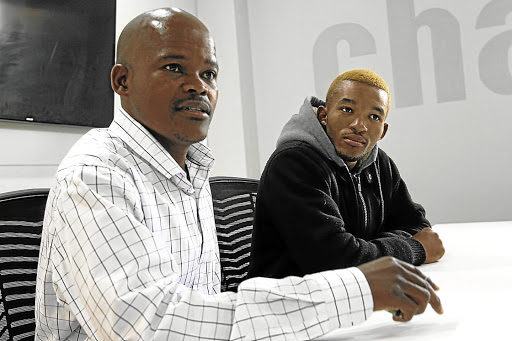 Mzamo 'Chief” Njekanye says he has survived turbulent times in his life as a boxing trainer even when he had become a laughing stock after being left by his charges – Xolisani “Nomeva:” Ndongeni and Azinga 'Golden Boy” Fuzile – but he is still standing.

“Come hell or high water I will always be here, I am made of sterner stuff,” said Njeklanye who discovered a number of boxers from his Duncan Village Boxing Gym, among them Ndongeni and Fuzile.

They went on to become household names and then bolted Njekanye's stable and relocated to Johannesburg, where they joined Colin Nathan's Hot Box Gym.

Other boxers who began their boxing from the amateurs until the pro ranks under Njekanye are Thabo Sishwane and Siphosethu Mvula. Sishwane won the BA Pan African bantamweight title, with Mvula claiming the IBF Continental lightweight belt.

Sishwana stood by Njekanye until he retired in 2015 and Mvula is back with his long-time trainer after a stint with Loyiso Mtya.

Ndongeni and Fuzile's departure almost destroyed Njekanye, but he soldiered on until he regained his strength.

“That is why I am telling you that they will come and go, I will still be standing,” he said yesterday.

Ndongeni achieved something, winning the IBO belt under Nathan and added the WBF strap to his collection, but under new trainer Sean Smith.

‘“I am going to groom other Ndongenis and Fuziles of tomorrow,” promised. the man who began honing the skills of pro fighters around 2005. One of the amateur boxers he produced is Yanga Gingxana, who is now a qualified and practising pharmacist.

Like all other sports, boxing has also taken a huge hit due to the coronavirus pandemic. Some local boxers have resumed training, while others are still not sure whether they must come back or just call it quits after a long break due to the nationwide lockdown, implemented in March.

Njekanye said: “Covid-19 has done a huge damage; we are now starting from scratch. Not all my boys are back.SoSome are still not sure of the situation.”

But there seems to be light at the end of tunnel with promoters Rodney Berman and Joyce Kungwane going to stage their tournaments behind closed doors on October 10 and 17, respectively.

It will be a case of do or die for former world boxing champion Tshifhiwa Munyai when the 34-year-old opposes hot prospect Siphosethu Mvula for the ...
Sport
1 year ago

Both trainers have insights on the strengths of the two pugilists.
Sport
1 year ago
Next Article