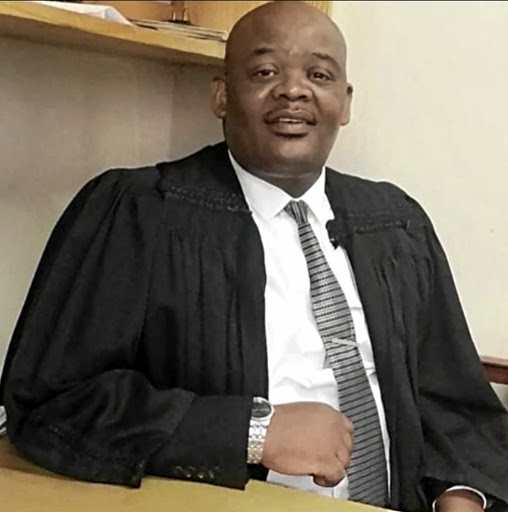 Prominent East London attorney Ntsikelelo Manyisane blames Boxing SA for the delay in reaching finality on the case of alleged sexual harassment against his client, BSA's Gauteng manager, who stands accused of this by a female professional boxer.

The manager was suspended with pay in June last year.

"We were always ready to proceed, but they kept asking for postponements. The delay is their own making," said Manyisane, who revealed that the matter has now been postponed indefinitely due to Covid-19 lockdown regulations.

Manyisane - an avid boxing follower who hardly misses action irrespective of where the action takes place - said the matter would have been finalised by now if BSA didn't ask for postponements on various occasions.

The lawyer said there were suggestions from the boxing regulatory body of virtual proceedings which he was against, fearing for the safety of his client.

The Covid-19 lockdown regulations, which included the prohibition of flying and inter-provincial visits, also added to the delay because Manyisane said one of his witnesses is based in the Free State.

'Have your say on new BSA board'

Eastern Cape Boxing Promoters Association chairperson Thando Zonke has claimed the ownership of a mysterious statement that encouraged licensees to ...
Sport
1 year ago

"The money BSA pays my client is less important than his health," said Manyisane.

When contacted for a comment on the matter, Boxing SA chairman Peter Ngatane said: "It is supposed to have ended a long time ago, but I think the problem is with legal representatives from both sides."

Meanwhile, acting BSA CEO Cindy Nkomo confirmed that interviews for the provincial manager in the North West and KZN have been completed.

"Recommendations are to be taken to the board of Boxing SA to decide," she said.

There has never been a provincial manager in the North West. The post in KwaZulu-Natal became vacant after former referee and judge Francis Manning died in April. Manning took over in 2019 after veteran administrator Les Andreasen retired.

Nkomo said the advertisement for the same position to replace Mickey Klaas in the Western Cape is on hold until Boxing SA finalises its issues with Klaas, who is understood to have challenged the process and the manner in which he was removed from the post.

Appointments for Boxing SA provincial managers in Port Elizabeth, the Free State and Mpumalanga have already been made. Nceba Dladla is the man in Port Elizabeth. He filled the post that was left vacant when Mthunzi Maphithiza died last year.

Mzoliso Mabuya is in charge in the Free State while Oupa Lubisi is the manager in Mpumalanga.

The larger section of the boxing fraternity was not aware that sports minister Nathi Mthethwa breathed life into a dead situation by giving ...
Sport
1 year ago
Next Article