Boxer Francois Botha's life to be on film 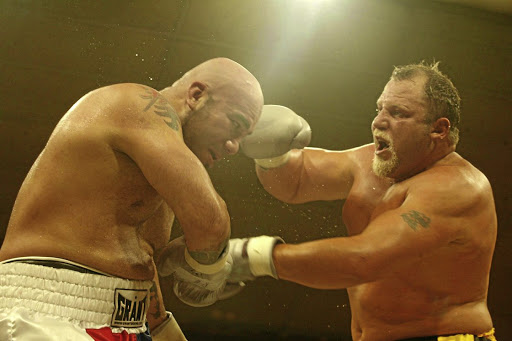 The movie will be called White Buffalo and the 51-year-old Botha said Momentum Pictures in Los Angeles will make the movie.

"I understand the budget has been approved, but I am not sure about shooting of the movie," he said yesterday.

Bridges, now 71, has won numerous accolades, including the Academy Award for Best Actor for his role as Otis "Bad" Blake in the 2009 film Crazy Heart, one of his seven Academy Awards nominations.

"I looked like Jeff when I was younger, so ja, he will play my role," said Botha, who held both the IBF and WBF straps from a glittering career which began in 1990 and ended in 2014.

Moruti Mthalane the favourite for another award

Botha, whose white goatee made him an easily recognisable fighter, competed against the likes of Mike Tyson, Lennox Lewis (WBC, IBF and IBO), Evander Holyfield (WBA), Wladimir Klitschko (WBO) and Michael Moorer (IBF) during his stay in the US. He is now based in Durban.

"The movie should be a good one. It's a real life story about me during the apartheid era; I trained with pros and amateurs in dark corners of the country. That is where I learned about boxing," said Botha who came back to SA in 2009 to win the WBF belt in Potchefstroom.

Botha's career began with promoter Thinus Strydom of World Sports Promotions until American Don King 'stole" him from his compatriot.

"If you listen carefully to the lyrics of Bob Marley's song Buffalo Soldier it talks about my life; it was my ring entrance song. Look, my brother, I was stolen from Africa, brought to America; fighting on arrival and fighting for survival," said Botha who spent over a decade in the US.

Unsung boxing hero Jacob "9mm" Mofokeng - the first black South African heavyweight champion - stands resolute when it comes to his stance on whether ...
Sport
10 months ago

Top trainer Anton Gilmore has given Mike Tyson and Evander Holyfield a thumbs up for their highly publicise exhibition boxing bouts.
Sport
11 months ago