Moruti Mthalane the favourite for another award 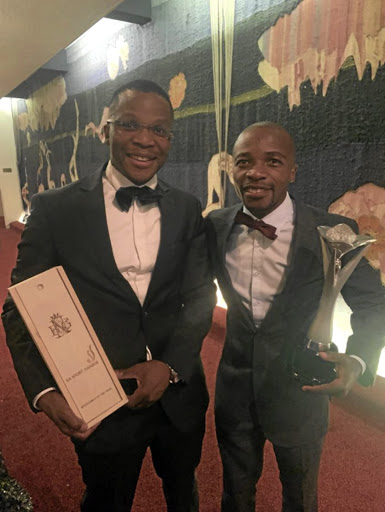 Just when one expects him to slow down after being in the fight game for two decades , instead the 38-year-old ring veteran is at his peak.

Boxing promoter Zandile Malinga said: "Moruti is head and shoulders above every single boxer who would have been nominated for that award. He is not just the best because of what he did within the period under review for the awards, but he is a living legend and a role model for future generations.

"We use his successes to instil discipline not only to our boxers but also to our children based on his commitment, dedication, hard work and humility."

Malinga's husband and trainer Xolani Malinga - who is the son of late former SA champ Maxwell "Shaluza Max" Malinga - said: "He went and defeated top boxers in their backyard where everything was just against him. The IBF recognised his heroism with the special achievement award in May. The IBF must have had well over 100 fights last year but they deemed it fit to give the award to our own."

Mthalane won the IBF title in Kuala Lumpur on July 15 2018. That achievement earned him the special achievement award from Boxing SA.

Mthalane went on to make history last year by becoming the first boxer to win the sportsman of the year award during the SA Sports Awards ceremony in Durban in November last year.

Meanwhile, 2018 female prospect of the year award winner Smangele Hadebe says Nontuthuzelo Chithani is in a favourable position to take the gong. Chithani, 20, is trained by John Tshabalala at the Bonyeme Gym of manager Patrick Bonyeme in Highlands North, Joburg.

"She is young with impressive skills and a bright future ahead of her," said Hadebe, who is trained by Lionel Hunter.

The date for the boxing awards is still being finalised.