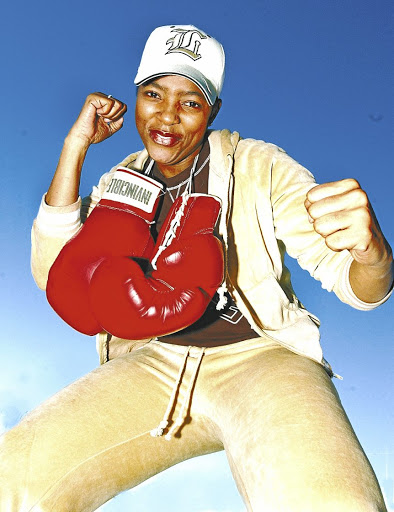 Zantsi, who staged the first female professional boxing tournament in 2007 in Durban where Noni "She Bee Stingin' Tenge and Unathi "African Queen" Myekeni made their pro debuts, usually is not seen early in the year.

She had over the years made sure that in August, SA's Women's Month, she stages a women's tournament

This year, however, Zantsi, whose commitment to women boxing earned her the Women in Sport award twice with G-Sport Magazine, said the boxing fraternity must count her out this year.

"It is a definite no for me this year," she said, citing danger to human life that is posed by the coronavirus.

Zantsi, who counts the WBF promoter of the year (2015/16) and Boxing SA's 2016 chairperson's award among her numerous accolades, says she is taking her time to reflect until this pandemic blows are over.

Event to coincide with Women's Month
Sport
2 years ago

"What is the point of rushing to stage fights, chasing money, while you expose a lot of people to this thing?

"The numbers of positive cases are shooting up and that is why we say our children must not go to school. We are told this disease thrives in cold weather and it is winter here."

Zantsi said her friend lost five members of her family to Covid-19.

"It's too scary; I will never do boxing this year. Staging a tournament requires that boxers, their trainers, officials and even tournament supervisor be taken under quarantine up until the day of the fight.

"There must be no chopping and changing of boxers in that line-up. You must keep all those people in a place of safety and provide everything to them. That is a huge expense," she said.