Thobela and Molefyane vividly remember their battle royal 22 year ago 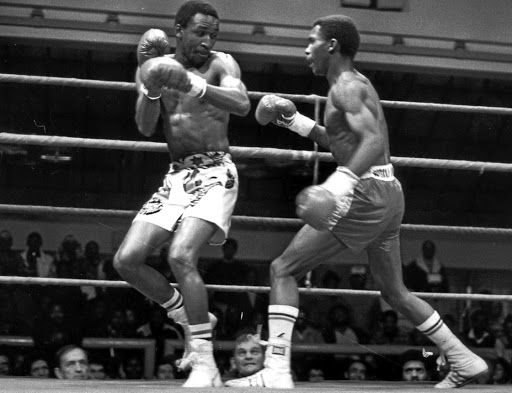 They had their brains shaken violently by blows to the head in their heyday, but one thing is certain - 54-year-old timers Dingaan "The Rose of Soweto" Thobela and Ditau "Diarora" Molefyane's memories are still very sharp.

These celebrated retired greats remember vividly what happened between them 22 years ago when they met for Thobela's Transvaal provincial lightweight title at Don Mateman's Hall in Eldorado Park, south of Jozi, on July 10 1998.

Thobela, from Tshiawelo, Soweto, was trained by Norman Hlabane while Molefyane, from Tembisa, was under the guidance of his father Joseph Molefyane.

Their fight attracted huge media attention. Thobela was undefeated while Molefyane had already lost two fights to Simon Bekker and Quinton Ryan. Thobela was supposed to enjoy territorial support as Tshiawelo is not too far from Eldorado Park.

But the pain he caused local people in 1986 when he defeated their upcoming star Ryan at Eldorado Park Stadium made Thobela a persona non grata. They supported Molefyane who was accompanied by a very big crowd. His fans sang "Ditau tsa ko Tembisa diarora", meaning the lions from Tembisa will roar.

"Basically I was facing three opponents - Ditau, Quinton and his fans," said Thobela, saying he was not bothered because he trusted his skills.

Hlabane was sure of victory because he had seen Thobela hold his own against hard-hitter Simon 'Tsipa" Skosana in their sparring sessions when the reigning national bantamweight holder from KwaThema was preparing for WBA holder Bernardo Pinango. The Venezuelan stopped Skosana in the 15th round at Rand Stadium on November 22 1986.

"Bra Norman encouraged me to hit Diatu very hard," said Thobela. "I tried but I could not catch him with all my best shots because he was too slippery. He flurried punches in round 10 and his fans were on their toes trying to confuse the judges but I had done enough to win."

After that win Thobela went on to capture the SA lightweight title in his next fight on October 1 1988 from champion Mpisekhaya Mbaduli in Port Elizabeth.

Molefyane said: "Dingaan was a potential superstar with a good record, skills and a punch . I was a good thinker inside the ring and there is no doubt about that. But in my opinion Dingaan won nine rounds and I won only one. But I felt I was in control of the fight in those nine rounds."

A few years later Thobela won the WBO and WBA lightweight belts, the SA and the WBC titles in the super middleweight division while Molefyane won the SA and WBF junior lightweight crowns.

They later became stablemates under Hlabane. Molefyane retired in 1995 and Thobela hung up his gloves in 2006. Even today they still enjoy a cordial relationship and follow the fistic sport religiously.

Boxing action back in Eldos

South Africans long for the days when the nation would wake up in the early hours of the morning or at the crack of dawn to watch boxing beamed to ...
Sport
10 years ago

All that Dingaan "The Rose of Soweto" Thobela needed to do was to survive his 12-rounder against Tony "Tiger" Lopez at Sun City on June 26 1993 to ...
Sport
1 year ago
Next Article