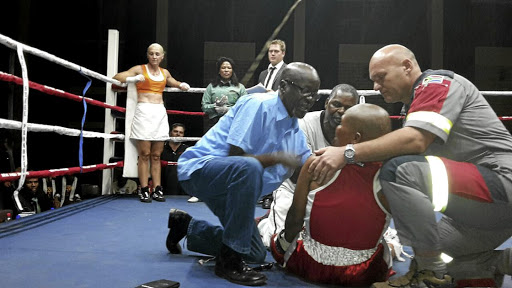 Veteran medical doctor Solly Skosana - a valued member of Boxing SA's medical commission - has echoed the sentiments of former boxing promoter Andile Sdinile that training of boxers must not be allowed to resume while the numbers of people testing positive for coronavirus are climbing at an alarming rate.

"I don't think we must take chances and open gyms for training because it is too risky," said Skosana yesterday. "People are dying and this is no longer a speculation. Emotions aside; the message we must enforce to those who are in boxing is that we must not experiment with people's lives and regret later."

Skosana gets appointed by boxing promoters to conduct medical check-ups on boxers prior to and during tournaments.

"The South African government and the World Health Organisation have re-iterated the call for social distancing, washing of hands regularly and applying sanitisers but most importantly wearing of masks when going out in public to curb the spread of Covid-19," said the man who was in charge when female boxer Phindile Mwelase collapsed after being dropped in the sixth round by Lizbeth Butler in a tournament in Pretoria in 2014. Mwelase died after failing to emerge from a two-week coma.

There has not been boxing in SA since the national lockdown was implemented by President Cyril Ramaphosa in March. Minister of sports Nathi Mthethwa announced recently that both contact and non-contact sports can resume training but under strict supervision.

Sdinile came under fire early this week from some licensees for his views. Some questioned his capacity and even demanded to know who was he representing in his views while others said he must mop-up the mess he left before his licence as a boxing promoter was suspended by BSA in 2017 after a disciplinary hearing.

'Boxing must not resume this year', says Andile Sidinile

Boxing SA must forget about boxing this year and that is the message they must spread to their licensees.
Sport
1 year ago

Television can lift boxing in SA off the canvas

Khulile Radu, a Boxing SA board member, said something drastic needs to happen.
Sport
1 year ago
Next Article