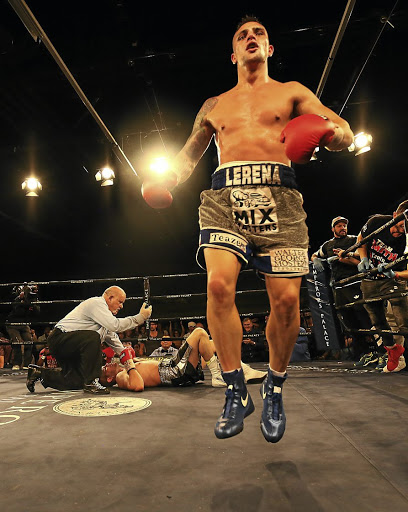 Kevin Lerena wins by a technical knockout in the 10th round against Johnny Muller at Emperors Palace in this file picture.
Image: Alon Skuy

Not all black people are criminals, neither are all whites racists nor all policemen and women all bad - says South Africa's global boxing star, IBO cruiserweight champion Kevin "Two Guns" Lerena in reaction to the brutal killing of George Floyd.

Boxing SA's CEO Tsholofelo Lejaka shared Lerena's sentiments and called on all its licensees to say "No to Racism". Floyd's crime, it is alleged, was to use a fake $20 note to buy a packet of cigarette at a shop where he is a regular.

Floyd's killing has sparked protests with scary scenes of burning buildings, shops and cars around 100 cities in the US. Lerena is a Lebanese South African who commands massive support beyond the colour line.

He said: "Everybody needs to be treated as equals - no matter your colour, language you speak, position in your work. Equality must be the demographic of the world.

"Not all blacks are criminals, not all whites are racists and most importantly not all cops are bad but ignorance comes in all colours. Bad people must sink and good people must rise to the top no matter what the ethnic group you are from."

Lejaka said incidents of racism and police brutality have long been a common trend in media reports and social media, more especially in the USA.

"This has now culminated to a situation where George Floyd has lost his life in the most brutal manner; good men are finally rising up and saying no to racism," he said.

"BSA is one with the multitudes who are condemning these incidents of racism and racially motivated brutality. Racism has no place in sport and in the world. Let's say no to racism."