Busakwe's fists are itching for action 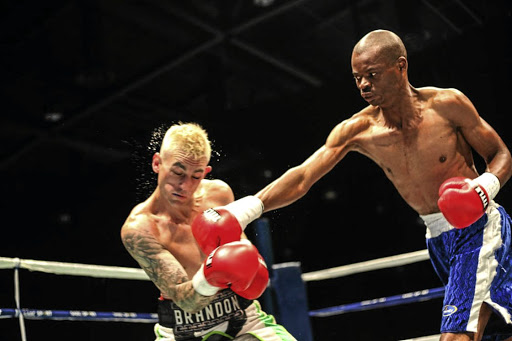 Nothing, not even the coronavirus, will stop Khaya "The Destroyer" Busakwe - the only boxing champion from Soweto currently - from achieving his goals as a fighter.

The 30-year-old hard-hitter from Central Western Jabavu, who holds the Gauteng lightweight title, made this promise yesterday. "My fists are itching for action," said the lanky fighter whose skills are honed by respected veteran trainer Norman Hlabane.

"Remember, the lockdown came when I had signed to fight Bheki Mahlangu in March and redeem myself after losing to Dennis Mwale last year in August.

"This break has not broken my spirit at all. Instead it has made me hungrier and more determined; I am training very hard and I just can't wait to return to action."

His approved fight against Mahlangu is one of the many that were affected by the lockdown. One understands Busakwe's determination.

He lost six precious years of his time in jail for housebreaking. He was released in 2017 and joined the CWJ Gym five days after gaining his freedom. Busakwe had been a promising amateur boxer before going off the rails.

Chairman of Eastern Cape Promoters Association Tando Zonke says they are unhappy with Boxing SA's conduct regarding the manner in which the ...
Sport
2 years ago

Busakwe chalked-up three consecutive stoppages in 2018 before continuing where he had left off the following year with two more stoppages.

That includes winning the provincial title in a tournament that coincided with Boxing SA's 2019 awards in Sandton.

"Boxing is going to change my life for the better and I will not stop until I hit the international stardom," he said.

"The loss to Dennis affected me badly mentally but I told myself that I will bounce back stronger than before."