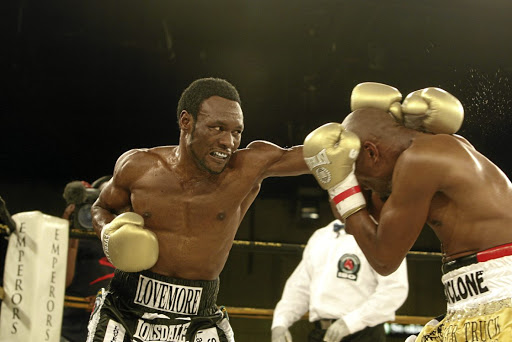 Australia-based two-weight former world champion boxer Lovemore "Black Panther" Ndou has warned that public "apathy" over the coronavirus could come with a deadly cost, as the pandemic begins to bite in South Africa.

The fighter from Musina, who has turned a lawyer, has lived in Australia for 24 years.

The former IBF junior welterweight and IBO welterweight holder says he has been disturbed by reports filtering from his homeland of "some reckless individuals" believing themselves to be immune from Covid-19.

Speaking from New South Wales, the 48-year-old Ndou warned that the current coronavirus situation is far from being a joke.

"People need to take this seriously - this thing is not a joke. Some individuals are acting recklessly.

"I've seen videos surfacing on Facebook where people are saying it only affects the white population and they intend to carry on with their lives as normal, and ignore measures like social distancing.

"It's completely wrong and misguided to think that way - this virus doesn't discriminate whether you're black or white, old or young, rich or poor."

Ndou said people must stay at home as they have been told.

"Self-isolating is the best way to contain this thing," said Ndou, who is planning to return to his roots in the not "too distant future" to pursue a new career in politics in an attempt to "help heal some of the inequalities".

"South Africa has its own particular challenges and difficulties in dealing with this illness and keeping it in check because of the inherent poverty that abounds," he added.

"You have people living in squatters in overcrowded conditions, but still people should do their best because if they don't, they're not only putting themselves at risk but also others, especially the elderly and those with suppressed immune systems."

Ndou's journey from wretched poverty in Musina to Down Under will be told in his soon-to-be-published autobiography. His message for fellow fighters during the pandemic is, "abstain from training in groups until everything settles down, and also refrain from shaking hands".

Referring to Australia, which has 50 deaths and 6,000 cases, Ndou said: "Children are staying home and we're home-schooling them. People in SA should try and do the same, if they possibly can."

Lovemore "The Black Panther" Ndou has been nominated for induction to Australia's Hall of Fame.
Sport
3 years ago
Next Article