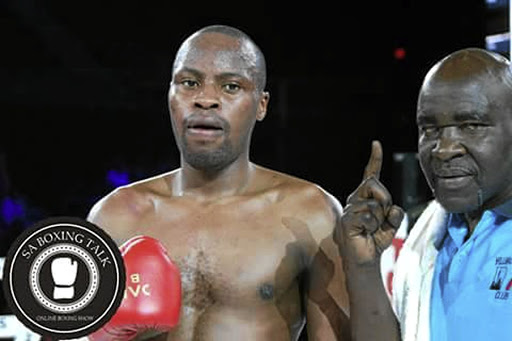 Mtolo is in charge of the careers of several boxers, including the SA and WBA Pan African middleweight champion, Nkululeko Mhlongo.

But Mtolo does not have his own gym. He rents space at the Hotbox Gym of Colin Nathan where he works as Nathan's assistant trainer.

Mtolo said: "Simon came to me and asked to join us, but I told him that I cannot take him in because most of his future opponents such as Roarke Knapp train under me. I said we can assist him if he has a fight.

One chance is all one needs in life, says boxing trainer George Khosi who has always been remembered by promoters when they needed fighters to serve ...
Sport
2 years ago

If boxing champions are like volcanos that erupt ever so often, then surely Simon Dladla is that champion.
Sport
2 years ago

Khosi - who trains boxers with Xolani Moyo at their makeshift gym- said: "Simon told me that his promoter, Lebo Mahoko, told him if he does not change the gym, then he will not give him fights.

"I later got a call from Vusi who told me that Simon is with him. It's fine I will start all over again, and produce other champions."

Several attempts to get hold of both Mahoko and Dladla were unsuccessful.

Moyo, originally from Zimbabwe, said: "Simon has been getting many calls from trainers and managers since he won the SA title. This is the problem we have in boxing; everyone is hunting for champions.

"That is my point of not opening my own gym, and I just want to work under George because I have seen how boxers act.

"I just need to help George to make Hillbrow Boxing Club a better place. That is my goal."

Dladla was Khosi's first male national champion. The unheralded trainer has so far produced two female champions in Rita Mrwebi and Julie Tshabalala. They were SA welterweight and middleweight champions when they left his stable to join other stables.