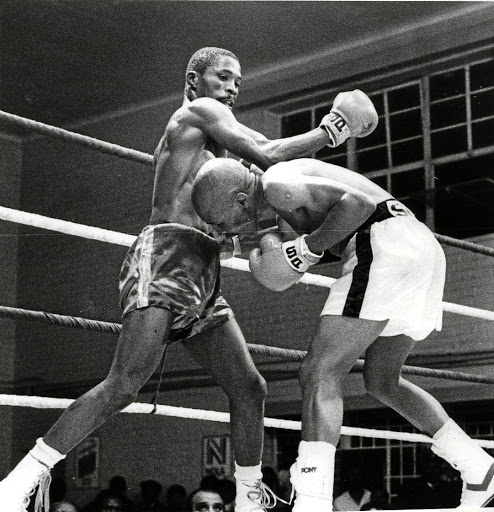 The 62-year-old former South African junior featherweight boxing champion is from Meadowlands, the home to many old time greats, including Arthur Mayisela, Ernest Moledi and Baby Jake Matlala to name but a few.

Mbitse retired after suffering a stoppage loss to hard-hitting Petros Mahlangu at the Standard Bank Arena on March 28, 1988.

Mahlangu from Springs had previously knocked 10 of his 11 opponents with a knockout loss to Keith Rass from Eldorado Park. Mahlangu dusted himself, knocked out Stanley Mathe at Indoor Centre in Springs on February 7 in 1988 before doing the number on Mbitse in March.

Mbitse had previously been stopped by Zweni "Sugarcane" Ngcongolo when they met in a rematch at Mdantsane Stadium on December 14 1985.

Boxing SA chief executive Tsholofelo Lejaka has warned licensees, boxers and fans to play their role in reducing the impact of the Covid-19.
Sport
1 year ago

But Mbitse was already a broken man, spiritually, when he fought Mahlangu. He says that was because his loss to Jongilanga affected him badly because he believed he won that fight, only to suffer what he termed an away loss since the fight took place at Good Hope Centre in Cape Town.

"I honestly believed I won that fight," he insisted, even though Jongilanga's home base was far away in East London.

"Mxhosana looked like he had been hit by the bus; that is how much punishment he took, but it was a very good fight though.

"Mxhosana was a very good boxer and actually I liked him both as a person and as a boxer."

The board of Boxing SA, under Peter Ngatane, has flagged out key issues that apply specifically to the professional boxing sector during the 21 days ...
Sport
1 year ago

Mbitse then challenged for the Transvaal title and lost to Mahlangu.

"I did not see where the punch came from. Bang! Down I went and then I decided to quit the sport after that loss," said Mbitse who believes that there is not much difference between boxers of his era and the current crop.

"The only difference, really, is that we spent quality time in the amateurs. Your record had to speak volumes before you were considered for sparring [graduation ceremony]. We were also very dedicated.

"Today, you attend sparring sessions and laugh at what you see. Boxers lack simple basics, yet they are given professional licenses.

"He's brave and has the will to fight. He just needs to make small adjustments like closing his legs and not open them too wide apart, otherwise he's good," said the man who now trains amateur boxers.