Ditau Molefyane had potential to roar louder in his day 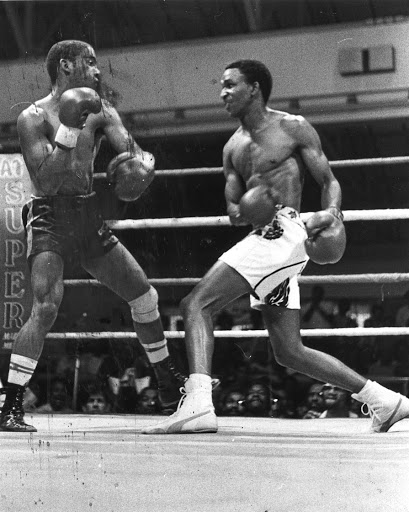 He may not have reached his full potential as a pro fighter but Ditau "Diarora" Molefyane forever remains one of local boxers whose names are scribbled in the annals of SA boxing history and the hearts of boxing fans for their achievements during the dark days of apartheid.

In those days, the Australia-based WBF was regarded highly as one of the respected sanctioning boxing bodies until it dissolved in 2004.

Boxing action back in Eldos

Molefyane, the lion that shuffled and dangled arms at his side like the great Muhammad Ali, lost his belt in his second defence to Mexican Aaron "The Cobra" Zarate at Village Green in Durban on December 2 1994.

He bounced back to chalk up a third-round stoppage win over Chen Roongroj from Thailand at Nasrec Arena, before failing in his attempt to win the Commonwealth lightweight belt from Billy Schewer in the UK on October 28 1995.

A former SA junior lightweight champ, Molefyane was known for white trunks with the images of roaring lions in black. Ditau means "lions".

"I had completely forgotten that I won the WBF title today until you reminded me," the 55-year-old said yesterday.

"It is such a wonderful feeling, really. It brings back good memories one had as a boxer. Life was still good..."