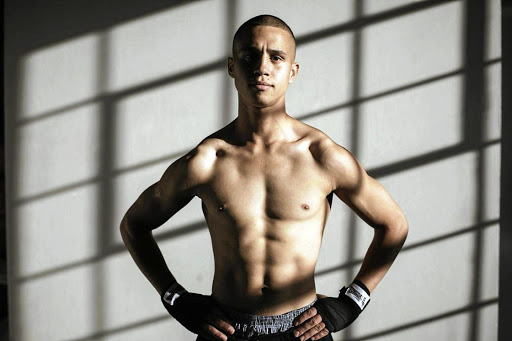 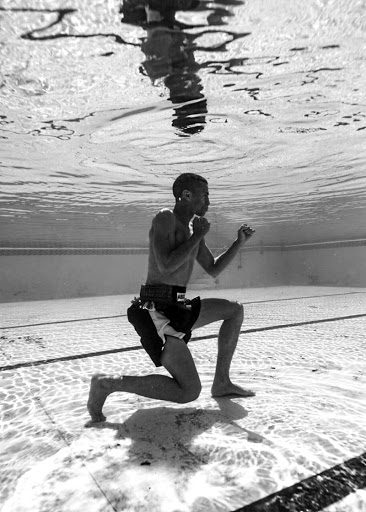 Our past should not really define who we are as human beings, especially if we happened to have been found on the wrong side of the law.

Hot boxing prospect Abdul-Aziz Kunert is living proof of this.

Having left school in 2010, Kunert, from Brooklyn in Cape Town, became a member of the Number 28 gang, which is one of the most feared in South Africa.

In the gang it is important to prove your manhood and move up the rankings through stabbing or killing of rival gang members or disobedient members.

"At the age of 15 I took a number 28 to show that I am a real man," said Kunert, who was found guilty of murder and sentenced to 12 years in prison in 2014. Five years of his sentence was suspended.

Kunert was released on parole in 2017.

Kunert was introduced to boxing by former professional boxer Sandile Hoho, who was also serving a jail term and trained boxers at the prison.

Thabiso "The Rock" Mchunu and Thulani "Evolution" Mbenge will emerge victorious in their bouts next Saturday, says Sean Smith.
Sport
3 years ago

Vetyeka's road to redemption on course

SIMPIWE Vetyeka will return to the boxing ring to begin the attempt to regain the WBA Super featherweight belt he lost under dubious circumstances to ...
Sport
7 years ago

Professional boxing trainer Emil Brice was then asked to organise an amateur tournament in the prison in 2014. Kunert took part.

"I won the tournament," he said with pride.

After his release from prison Kunert joined Elaine Kalekuzi, who guided him to five straight wins in pro boxing.

"I never stopped looking for him," said Brice. Eventually the two were reunited and Kunert has never looked back.

He is undefeated after 10 fights and is rated the No 3 contender for the vacant SA featherweight belt.

Like American Bernard Hopkins, who discovered his passion for boxing after serving time for mugging, Kunert wants to use the sport as his way out poverty.

Hopkins, then 17, was sentenced to jail for 18 years. He served five years and was released in in 1988. He boxed professionally with huge success, winning multiple world titles in two weight division and retired at the age of 50.

He is a promoter today.

"Abdul has reformed tremendously," assured Brice. "He is married with a one-year-old son."

"As human beings we have two sides - the good and bad - so I allowed the bad to have the better of me and I ended up in jail," said Kunert, who converted to Islam just like Mike Tyson while in jail.

"God has transformed my life through boxing. I have since set goals to become a South African and world champion," said Kunert, whose younger brother was gunned down while he was still in jail.

"He was involved in gangsterism," he said.

"Sometimes the urge for revenge comes into mind but I know I would have disappointed myself and a lot of people.

"He couldn't live to see me prosper as a boxer. That is why I dedicate my fights to him."