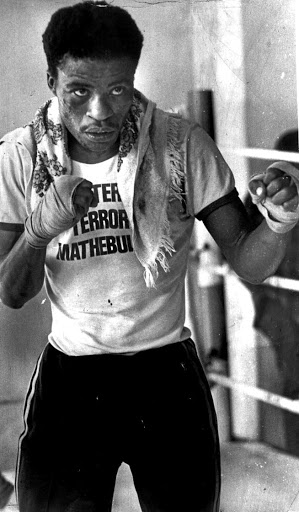 If all goes according to a plan that chairperson of the sports portfolio committee in Gauteng William Matsheke has, departed boxing icon Peter "Terror" Mathebula will be buried among the fallen political fighters at Heroes Acre in Greenhill's Cemetery, Randfontein, this weekend.

The last celebrated individual to be buried there was veteran journalist and master storyteller Doc Bikitsha in 2007.

Matsheke said: "There are two possible venues which will be used as the venue for the funeral on Saturday, and one is the Greenhill Stadium.

"That is due to the number of mourners that have shown interest to attend the funeral.

"We requested the Gauteng department of sport that Mathebula receive a befitting farewell."

Matsheke was involved in the organisation of a boxing tournament in 2017 at Ramosa Community Hall in Mohlakeng to honour Mathebula, who remained humble despite being the first black boxer in SA to win a world boxing title.

That was in 1980 when he dethroned Tae Shik Kim as the WBA champion in Los Angeles, US.

Matsheke also told Sowetan yesterday that MEC for sport Mbali Hlophe and Rand West municipality made a commitment to assist financially with the burial of Mathebula.

"We requested BSA CEO Tsholofelo Lejaka to head the steering committee for the funeral," said Matsheke, who announced that the memorial service will take place at Ramosa Hall, Mohlakeng, tomorrow from 2pm.

Boxing icon Peter "Terror" Mathebula's passing has left a deep scar on his son.
Sport
1 year ago
Next Article