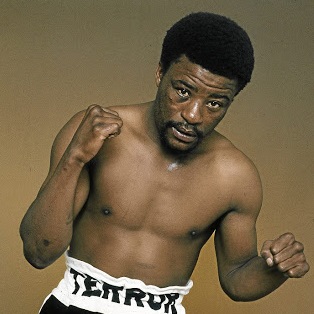 While the boxing fraternity is still trying to come to terms with the passing of iconic former WBA flyweight champion Peter "Terror" Mathebula, sports minister Nathi Mthethwa has provided some words of comfort which should serve as a motivation to current fighters to do more for the country.

Mthethwa was 13-years-old when Mathebula from Mohlakeng in Randfontein scribbled his name in the history books by winning the world title from Tae Shik Kim in Los Angeles in 1980.

That unforeseen victory made Mathebula - the former SA champion - the first black world champion from this country.

Mathebula was 68 when he died on Saturday at Leratong Hospital in Krugersdorp, where he had been admitted early this month.

"I give my salute to this legendary boxer and also take pride to his selfless remarkable victory," said Mthethwa.

"We should all remember that his world victory happened during the dark days of apartheid where a black man was never given a slightest chance to succeed.

"His victory gave the black nation a sense of pride and hope and a place to belong.

"He will forever be remembered as one of South Africans who demonstrated that anything in life is possible as long as you put your mind to it."

Former professional boxer and coordinator for the Gauteng Boxing Veterans Jacob "Baby Dush" Mazibuko said: "We will be dressed in our full uniform as well as boxing regalia during the funeral on Saturday. We will also give Mathebula a guard of honour."

The funeral will be in Mohlakeng.

SA boxing is reeling in shock after Peter Mathebula‚ the first black man to win a boxing world title‚ died after a long illness in Mohlakeng‚ ...
Sport
1 year ago
Next Article