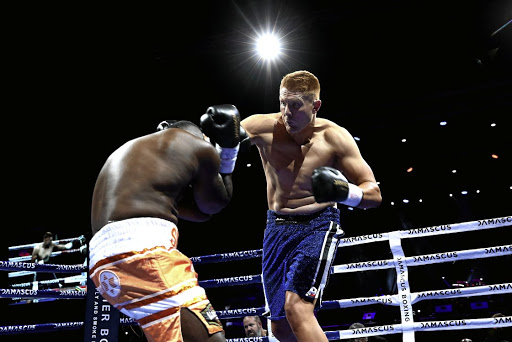 Ruann "Giant King" Visser's four-hour operation to the left elbow has impacted negatively to the career of this heavyweight champion.

His fight against Efe Agagba, which was to take place on March 7 in New York, is off. To rub salt on the wound, Visser's training for that fight was going to be done in the camp of current WBC champion Deontay "The Bronze Bomber" Wilder.

The American, according to Visser's manager and father, Nefdt, wanted his son to prepare for Agagba in his camp so that Visser assists him in preparing for the eagerly awaited rematch with Englishman Tyson Fury which will take place in Las Vegas on February 22.

The operation resulted after Visser had gone for X-rays following his toppling out of the ring before his defence against Tian Fick in Cape Town on December 16.

SA heavyweight boxing champion Ruann Visser is considering legal action after he was injured in a freak accident before a scheduled title defence in ...
Sport
2 years ago

Nefdt is now considering suing BSA for the incident.

"BSA must pay," he said. "They should have made sure ropes are tight. This is recklessness. Training with Wilder was going to help Ruann big time in terms of recognition and also learn few things."

When Visser leaned onto the ropes moments before the fight against Tian Fick, the top strand snapped and boxer, who weighed 120kg, toppled backwards out of the ring.

He somehow managed to grab hold of the second rope, which helped to break his fall and turn his body so he did not land on his head, neck or back.

Advisor and representative of Visser, Scott Patrick Farrell of Global Boxing Stars said: "It's a real disappointment for Ruann and the whole team. This was the fight opportunity we all wanted."

Young fighters raise hands to be counted.
Sport
2 years ago

Loaded bill in unfamiliar venue
Sport
2 years ago
Next Article