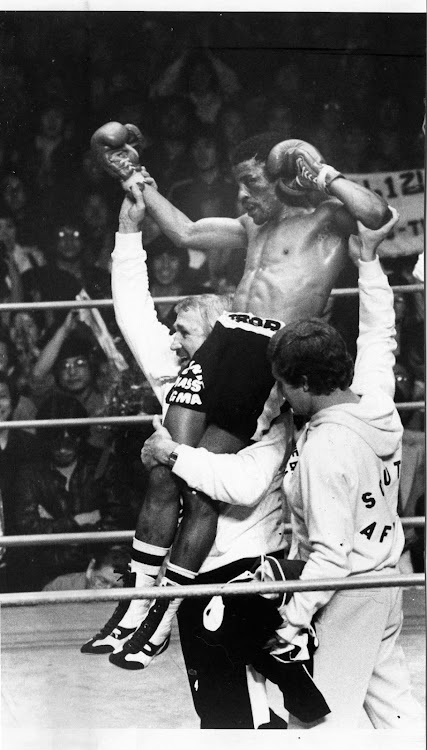 The spate of former boxers dying as paupers has reared its ugly head again after Boxing South Africa (BSA) confirmed that it had not made arrangements to financially assist in the preparations for Peter Mathebula's funeral.

Mathebula‚ 67‚ died in Mohlakeng in Randfontein at the weekend after a long illness.

He was the first SA black boxer to win a world title when he upstaged Korean Tae-Shik Kim with a decision‚ to claim the WBA flyweight title in US in December 1980.

He lost the title in his first defence when he was dethroned by Argentinian challenger Santos Laciar via a seven-round stoppage at Orlando Stadium in Soweto three months later.

Despite his illustrious career‚ Mathebula hit hard times after retiring from boxing and was even forced to sell his boxing belts and regalia in order to survive.

Since retiring he often appeared at boxing events as a guest but this was not accompanied by monetary benefits.

This has left his family having to seek help in order to meet funeral costs.

His daughter Thembi Mathebula said the family had yet to make funeral arrangements.

On Monday a BSA delegation led by CEO Tsholofelo Lejaka and board chairman Peter Ngatane visited the family but could not give an undertaking of financial help towards the funeral.

“We only visited the family to pay condolences‚ nothing else‚” said Lejaka.

“The funeral arrangements were not discussed. In fact we will be guided by the family in that regard.”

However‚ Lejaka confirmed that Mathebula would not be eligible to benefit from BSA's funeral cover policy as that was only meant for active boxers.

“The policy does not accommodate former boxers so Bra Terror will not be eligible.”

But due to Mathebula's legacy there are expectations that his funeral should receive government categorisation.

Lejaka said no formal talks had been entered into with the government or municipality in that regard.

SA boxing is reeling in shock after Peter Mathebula‚ the first black man to win a boxing world title‚ died after a long illness in Mohlakeng‚ ...
Sport
2 years ago