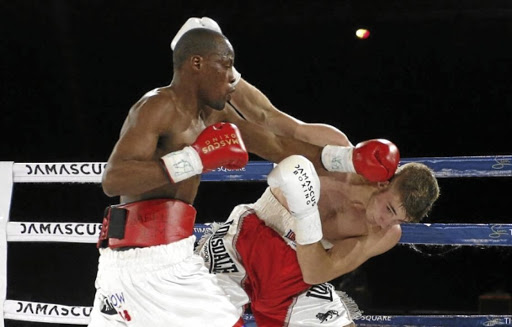 If boxing champions are like volcanos that erupt ever so often, then surely Simon Dladla is that champion.

Having won the Gauteng junior middleweight title in only his fourth fight against Linda Ntshingila in June, Dladla captured the SA title on Monday afternoon.

He knocked out Khensamahosi Makondo in the second round. That was Dladla's fifth short-route win in six victories while Makondo, from the Alan Toweel Junior Gym, suffered his fourth stoppage in four losses against six wins.

Dladla is a newcomer from Bohlokong, Bethlehem, in the Free State. He is trained in Hillbrow, Johannesburg, by unheralded George Khosi.

Lebo Mahoko explained yesterday that it was the concerted effort between him and the Maluti-a-Phofung local municipality to inculcate a culture of ...
Sport
2 years ago

Dladla's win on Monday made him the only national champion from the Free State currently. There has been no champion from that province for the last seven years since Doctor Ntsele in 2011.

Dladla's fight on Monday in Intabazwe was staged by Free State promoter Lebo Mahoko, whose Dream Team now has two domestic champions - the other being Nkululeko Mhlongo, who holds the middleweight belt.

The belt Dladla won was vacated by Mhlongo in October before he won the middleweight belt from Walter Dlamini.

Meanwhile, this year was not a good one for boxing, especially in the Gauteng province, says Gauteng Promoters Association chairperson Joyce Kungwane.

"The number of tournaments that we, as promoters in Gauteng, staged this year decreased compared to what we did in 2018," she said. "We would have love to do even better, but sadly we could not due to lack of financial backing from the provincial government and business sector.

"If there is something that we did wrong to government and the business world, may they forgive us and come back because we need them."

The Pretoria-based sister of late Kaizer Chiefs midfield maestro Isaac Kungwane, staged only one tournament which took place at the Turffontein Racecourse.

Young fighters raise hands to be counted.
Sport
2 years ago
Next Article