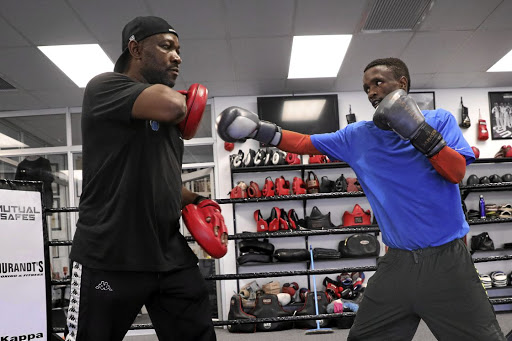 Boxing trainer Damien Durandt says the South African fight public can ignore a boxer when he or she is not their favourite, irrespective of a boxer's capabilities.

Durandt was reacting to the manner in which Athenkosi Dumezweni is treated locally.

Sultan, from the Philippines, beat countryman John Riel Casimero who dethroned Zolani Tete as the WBO bantamweight champion with a third-round stoppage two weekends ago in the UK.

Dumezweni, who is rated No 9 by the WBC, will put his Silver belt on the line for the first time against Argentinean Fernando Daniel Martinez in the Xaba Promotions tournament at East London's ICC Hotel on Monday.

While Dumezweni has lost two of his 14 fights, 28-year-old Martinez is undefeated after 10 fights. Martinez, who is rated No 22 by the WBC, is a former 2016 Olympian.

Durandt said: "If you are not their favourite, you are not. I suppose Dumezweni must continue doing what he does best and pave the way to fighting for bigger titles.

"We don't know much about Martinez but I think the experience, maturity and superior boxing skills of Dumezweni will be the winner on the night. I also think that the quality opponents Dumezweni has fought will also count."

Durandt said his charge should be mixing with the biggest names in the division next year.

Dumezweni warned: "We will break the Argentinean down and show our class to those who doubt us."

Matiti a top dog in boxing promotion
Sport
2 years ago

Boxing trainer Damien Durandt will be gunning for No 100 when his charge Marcus Lebogo challenges reigning SA junior welterweight champion Xolani ...
Sport
2 years ago
Next Article