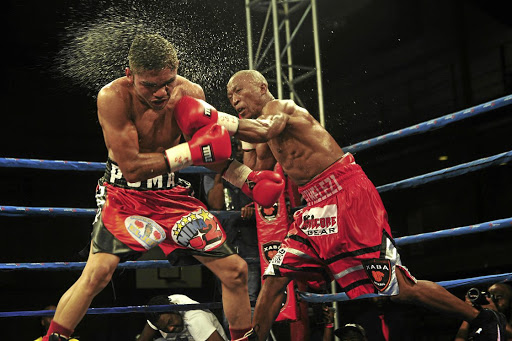 Ayanda Matiti is stamping his authority as the top dog in the promotion of boxing in the Eastern Cape by organising an international tournament that will feature two legitimate world title fights.

Gideon "Hardcore" Buthelezi will bid for the sixth defence of his IBO bantamweight belt against IBO Inter-Continental holder Alexandru Marin in the main bout at East London's ICC Hall on December 16. The other world title which will be on line is the IBO mini-flyweight belt that was forfeited by Simpiwe Konkco before he lost to WBC holder Wanheng Menayothin in October.

Nkosinathi "Mabere" Joyi will welcome Filipino Joey Canoy for that IBO vacant belt which Joyi once held before winning the IBF diadem. Staging two world title fights on one night requires serious funding. The IBO's sanctioning fee per title is about R300,000.

The Florida-based, US, boxing body appoints international officials and that has to do with air flights and accommodation before a promoter can begin to worry about purse monies for boxers fighting for IBO titles.

Athenkosi Dumezweni from Mthatha will put his WBC Silver junior bantamweight title on line for the first time since winning it in April.

The former SA undefeated champ will take on Fernando Daniel Martinez from Argentina. Simphiwe Baleni will complete the bill when he welcomes Muhsin Kizota of Tanzania for the WBO Global flyweight title.

Buthelezi is the left-hander from Boipatong in the Vaal whose foe is a highly rated US-based Romanian who remains undefeated after 18 fights. While Buthelezi is rated No 11 by WBC, the IBF has placed Marin on its No.3 spot and No.4 in WBO rankings.