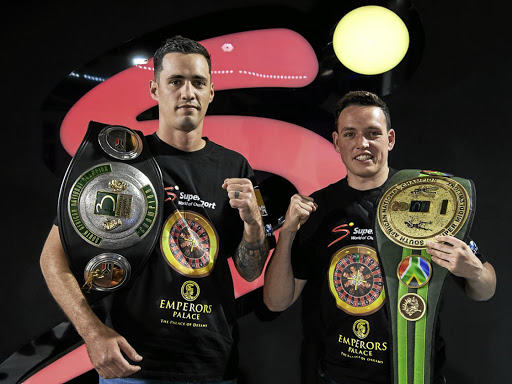 But their belts will not be at stake in their catchweight fight (weight agreed upon by the two) over 10 rounds. The two are undefeated in their young and promising careers.

Campbell, 25, from Melville in Johannesburg, holds both the domestic and IBO All Africa super-middleweight belts, while 27-year-old Radley, from Cape Town, reigns supreme as the light-heavyweight king.

Campbell showed a great deal of mental maturity when he overcame heavy odds against hard-hitting Congolese Patrick Mukala in August.

Zolani "Last Born" Tete will walk away with 75% of the R4.3m purse after his defence of the WBO bantamweight belt against Johnriel Casimero on ...
Sport
1 year ago

The South African boxed brilliantly behind his jab, pressured his foe and did not allow him space to unload his right hand that had left 10 of his 11 opponents counting stars.

In the end Campbell prevailed via a seventh-round stoppage, which was his seventh in 11 wins.

Radley, who made his debut in 2015, first won the WBF African title in 2017 and added the national title in September last year.

Radley - a tall former rugby player and mixed martial arts fighter - last fought in June when he retained the national title with stoppage of Frank Rodriquez.

Radley has got power but lacks time in the ring, having stopped eight of his nine victims in double-quick time. This may count against him.

This bout will form part of Golden Gloves' tournament that features the semifinal of the middleweight blockbuster series. Roarke Knapp will take on Brandon Thysse while Tristan Trutter will face Boyd Allen. The winners will meet in the final next year.