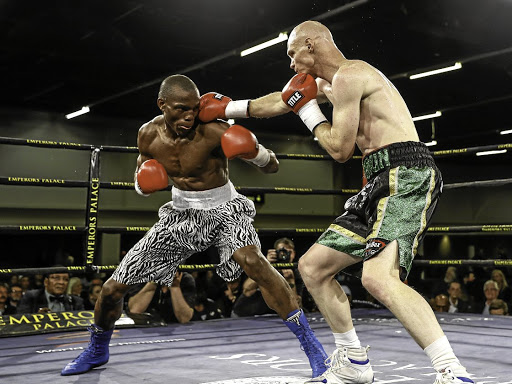 Ayanda Mthembu must make good use of the opportunity to win the WBF middleweight title against Tanzanian Maisha Samson in KwaNongoma on Sunday because it may be his last.

The break has been provided by promoter Thulani Magudulela.

Mthembu has been a pro boxer for eight years and the valiant warrior from KwaZulu-Natal is yet to win a boxing title. He gave a heroic performance against SA welterweight champion Shawn Ness in their punishing 12-rounder at Emperors Palace in 2016 but lost the fight.

He has been given a second lifeline by Magudulela, who matched him with a 35- year-old journeyman of 39 fights with 18 wins, 16 losses and five draws. Defeat could spell doom and gloom for Mthembu.

Meanwhile, Sthembiso Maduna, a prospect from Ladysmith which is home to former WBC super middleweight champion Thulani Malinga, will be in action against Zimisele Magagula from Mpumalanga. Action will begin at 3pm.