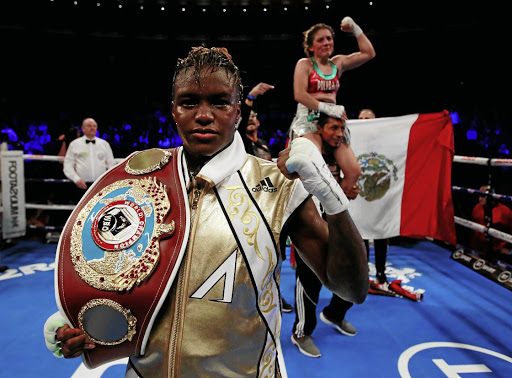 Nicola Adams after a fight against Maria Salinas that was declared a draw.
Image: Andrew Couldridge / Reuters

In boxing, eye injuries are few and far between, but when they occur they end careers.

This week the career of female WBO flyweight champion Nicola "The Lioness" Adams from the UK was ended. She had had only six fights and the injury to her eye brings to an end a career that seemed destined for stardom.

The 37-year-old double Olympic gold medallist was quoted by badlefthook.com as saying: "I've been advised that any further impact to my eye would most likely lead to irreparable damage and permanent vision loss."

That said, Adams made history as Britain's first female Olympic gold medallist to win a professional world title, emulating the achievement of James DeGale on the men's side.

Reacting to the news, Doctor Solly Skosana - a long-time servant of boxing who also conducts medical examinations on pro boxers on behalf of Boxing SA - suggested that there should be thorough routine eye tests in SA so that early injuries could be detected.

Boxing their way to uhuru

Long before the outbreak of the 1976 national holocaust boxers were part and parcel of the countrywide student movement.
Sport
2 years ago

"Usually, common eye injuries here [in SA] are detached retinas," he said of the rare but dangerous condition which sees a part of the eye (retina) pulling away from the layer of supportive blood vessels that provide oxygen and nourishment. A study reveals that this condition affects 200,000 people each year.

"If boxers are suspected of having eye injuries they must be sent straight to specialists," said Skosana.

"I intend to send Thompson Mokwana (former SA lightweight champion Mokwana was dethroned by Ayanda Nkosi in July) to a specialist if he wants to continue as a boxer. He knows this as I communicated this to him after his loss to Nkosi."

Leighandre "Baby-Lee" Jegels possessed the attributes many women would die for: stunning beauty, courage and supreme intelligence.
News
2 years ago

A super first for women in sports
Sport
2 years ago

Female boxer frustrated by the lack of competitors in her class