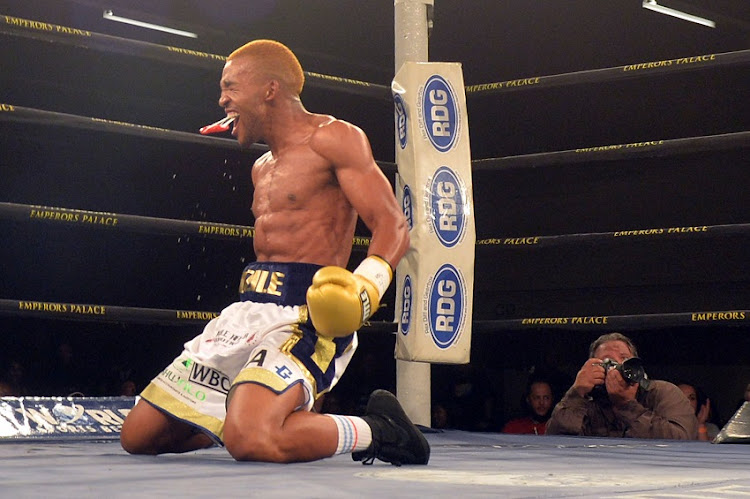 The International Boxing Federation (IBF) is to hold a hearing into claims that the cornermen of Russian boxer‚ Shavkat Rakhimov‚ cheated during his eighth-round knockout victory over Azinga Fuzile last month.

Fuzile’s trainer-manager‚ Colin Nathan‚ petitioned the IBF asking that the result be changed to a no-contest after video evidence emerged showing the Russian’s corner giving their boxer what appeared to be an irritant‚ like smelling salts or ammonia.

Fuzile was well ahead on points at that stage of the fight‚ an eliminator for the IBF junior-lightweight title.

Nathan said on Wednesday the hearing had been called for November 6 and he had already booked his air tickets. “I’ll leave November 2.”

Empty syringes and glass vials were found in the Russians’ room after they checked out of their East London hotel‚ but TimesLIVE understands this will not form part of the hearing.

Once legal in boxing‚ smelling salts have long been outlawed internationally.

“Any of the contestants violating this rule shall be subject to disqualification‚” the IBF says in its rules.

Nathan has had success petitioning the IBF before‚ like after Hekkie Budler lost a poorly handled title fight against world junior-flyweight champion Milan Melindo in 2017.

Budler was subsequently given another shot at the same title‚ which he won in 2018.