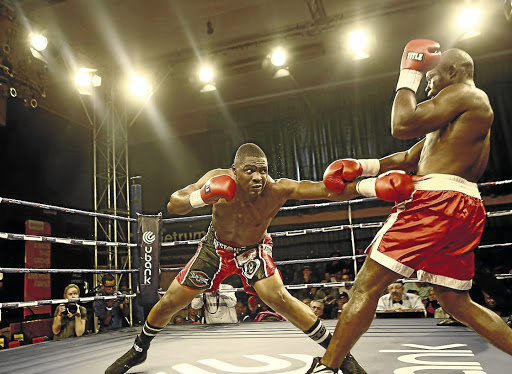 The steady but sure journey to mould Akani "Prime" Phuzi to a point where the 25-year-old WBA Pan African cruiserweight champion will be ready to take on vastly experienced national champion Thabiso "The Rock" Mchunu continues.

Trainer Alan Toweel Junior - who has refused to match Phuzi with Mchunu now - has matched his charge with Vikapita Meroro.

Toweel's reasoning is that he does not want to throw Phuzi into the lion's den against Mchunu just to appease people who are calling for the fight to happen when he feels that his charge is not ready yet for such a match-up.

Toweel is not even bothered that Phuzi could forfeit his status as No 1 challenger for Mchunu's domestic title.

The match-up against the 34-year-old former WBO Africa champion Meroro, who has 29 wins in 36 fights, promises to be another test for Phuzi.

It was a very difficult fight for Phuzi, who had to settle for a majority points decision.

Shihepo and Meroro are both trained by Imms Moses. Meroro is coming off a win over Musa Ajibu. But before that fight in November, Meroro had lost three in a row.

The 10-rounder between Phuzi, who is yet to taste defeat after nine fights, and Meroro will headline a joint promotion by Charing Cross and Supreme Boxing at Blairgowrie Recreation Centre in Randburg, northern Johannesburg, on October 20.

The talented Mchunu last fought in December when he emphatically beat Thomas Oosthuizen in their rematch for the SA and ABU belts.

A fight that could produce fireworks on October 20 is the super-middleweight eight-rounder between Frank Rodriguez and Alex Kabangu from Congo. Pressure is on Rodriguez to avenge his stoppage loss to Kabangu last year. Rodriguez is also coming off a stoppage loss to SA light-heavyweight champion Nicolas Radley.