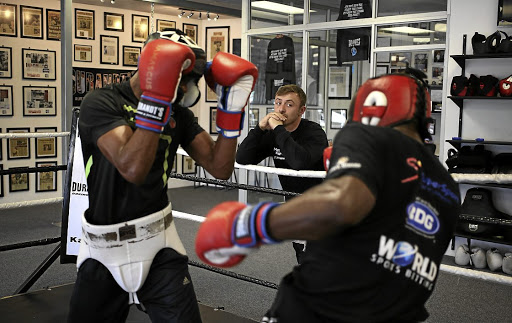 Damien's father Nick Durandt produced 97 SA champions before he died two years ago. Damien started working with his father when he was 14 years old, but only took full control in the corner two years ago.

"We know we are the underdogs but we plan to upset the bookies," he said, referring to Lebogo's challenge against Mcotheli.

"Marcus has got a tough test to beat Mcotheli in East London. I think the fight was going to be easier if we were to face Mcotheli in our province in Gauteng but we have to go and fetch the title from Mcotheli in his backyard. Marcus's style will suit that of Mcotheli - vice versa - and this could be fight of the year."

Boxing South Africa (BSA) may have to bob and weave its way to safety in the courtroom.
Sport
3 years ago

Meanwhile, Damien's other boxer, WBC Silver cruiserweight champion Ilunga
"Junior" Makabu from Congo has signed with veteran promoter Don King - the American boxing promoter who has been inactive for a year.

If boxing champions are like volcanos that erupt ever so often, then surely Jabulani Makhense is that champion.
Sport
2 years ago

Victory against Timo was a great boost
Sport
3 years ago