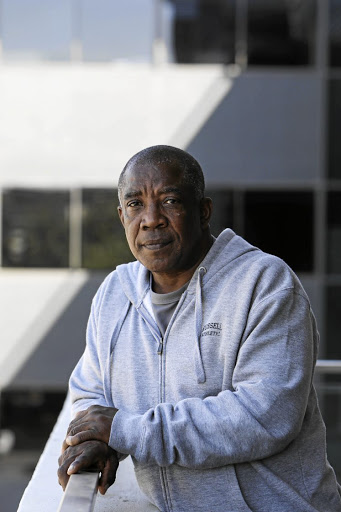 A once-feared gang leader- turned-pastor in Westbury is attempting to claim back the streets through a fun run.

Westbury, a Johannesburg suburb known for its turf wars among gangs and drug trade, will be hosting a 5km fun run festival on October 12, organised by the Peter Faver Foundation.

The foundation ran by once-feared former gang leader Peter Faver is attempting to claim back the Westbury community, which is in a state of disarray due to violence, gangsterism and drugs.

The 59-year-old pastor, a former professional boxer, is also a station manager of Kofifi FM 97.2.

"This is a way of saying sorry to our community for the turmoil that was caused years back. The fun run will not totally remove what transpired in the past, but it is a
token to say 'thank you for accepting me in our community'," said Faver.

"I have been saved for 20 years, but I am not exempted from the scourge of drugs in our community because my 37- year-old daughter is a drug addict."

He has helped a lot of addicted youngsters in Westbury by taking them to recovery centres.

Brothers and boxing promoters - Fanakhe and Elias Tshabalala - continue in their ambition to change boxers' lives financially and assisting in making ...
Sport
2 years ago

There are lots of positives about Westbury. Footballer Steven Pienaar - who together with the likes of Samuel Eto'o and Didier Drogba contributed in profiling Africa globally through football - comes from Westbury.

Faver reiterated that people from all walks of life are invited to the fun run.

"We are working hand in hand with churches and the police, so people need not fear," he said.

Faver added: "The slogan says it all - run for fun and not for guns. Those interested must present themselves at Westbury Open Grounds next to the high school on the day of the festival at about 6am so that registration process is done before the actual race, which starts at 7am."

Faver works with trainer Bernie Pailman at Blou Saal which is now known as
Weside Boxing Academy. He sparred with American Davey Moore who stopped Charlie "Silver Assassin" Weir in the WBA junior middleweight belt at Ellis Park in 1982.

"The Westbury Recreation Centre would be full to capacity every Friday because of boxing that used to take place there.

"You would have boxers from Bullenbush, Allons Gym, BBC Gym, Dragons and Fist of Florix all fighting there and that is where the names of
Keith Rass, Desmond Stuurman, Wayne Martin, Cameron Adams, Lucas Shatter, Gerald Isaacs, Aladin Stevens, Charlie Boyers, Vincent Palm and Christopher Samson used to fight," he said.