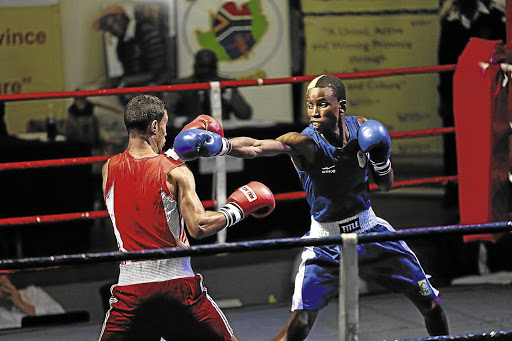 The SA junior featherweight boxing championship fight between holder Innocent Mantengu, and mandatory challenger, Ayabonga Sonjica, will not be an ordinary title fight, especially for the challenger.

Sonjica says the domestic belt has sentimental value attached to it. It was previously held by his elder brother, Thabo, who vacated it after winning the IBO strap.

Thabo is now serving time in jail for a crime.

Sonjica wants to elevate the family where it belongs - the upper echelons of of boxing.

The boxing family is based in Duncan Village, near East London, in Eastern Cape. However, the talented Ayabonga, undefeated after eight fights, lives in Johannesburg. He is guided by Sean Smith.

"Mantengu is delivering it on a silver platter - plain and simple," said Sonjica.

"I watched Mantengu's fight against Thato Bonokoane; he is an ordinary boxer; he won't beat me. I can bet my last penny. I've been waiting for this opportunity for some time. I am going to make good use of it."

Smith said Sonjica had "great" sparring sessions with Azinga "Golden Boy" Fuzile, Smith described as being one of the best talents in the country right now.

Fuzile - also from Duncan Village - is guided in Johannesburg by two-time trainer of the year award winner, Colin Nathan. He will headline the bill in the IBF junior lightweight elimination bout against Russian Shavkhatdzhon Rakhimov.

The fight will be staged by Rumble Africa at Orient Theatre on September 29.